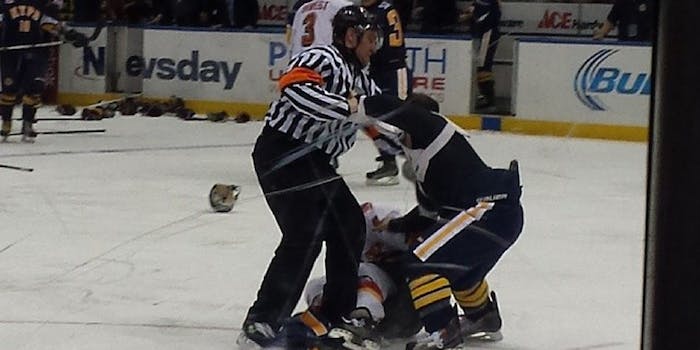 Watch firefighters brawl with the NYPD at a charity hockey game

All bets and gloves are off.

This is what people will remember out of the 41st annual NYPD/NYFD charity hockey game: a huge brawl.

The score was tied at three when a fight between New York’s bravest and finest broke out on the middle of the ice at the Nassau Veterans Memorial Coliseum on Sunday. Though it was a charity game, the players didn’t hold back when it came to throwing off their gloves.

There were at least three fights occurring simultaneously on the ice. Here’s an even closer look at the action:

The NYPD eventually won the game 8-5, breaking a five-year winning streak by the NYFD.