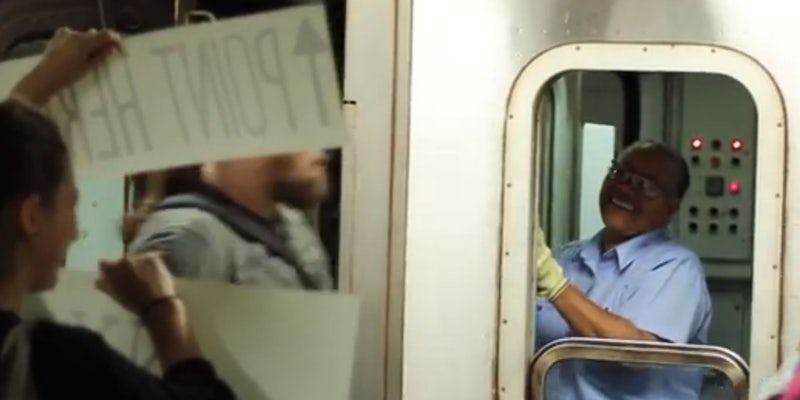 “NYC subways have a strange rule. We took advantage of it.”

The train-conductor finger-point is one of many odd behaviors you observe while standing on the platform at a New York City subway station. Each time a conductor pulls into a station, she points. Pull. Point. Pull. Point. Look closely, and you’ll notice they’re always pointing at a striped black-and-white sign. It’s hung near the center of the platform, and conductors are required by law to acknowledge it before they open the train doors so as to make sure they are far enough inside the station.

Day in and day out, at all 468 stations, against a backdrop of subway performers, sleepers, screamers, fighters, and false-alarm ringers, the conductors do this thankless pointing in the name of rider safety. It made Yosef Lerner and Rose Sacktor look for a way to lighten their spirits. 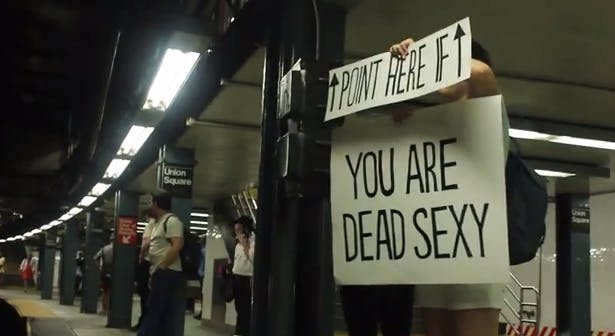