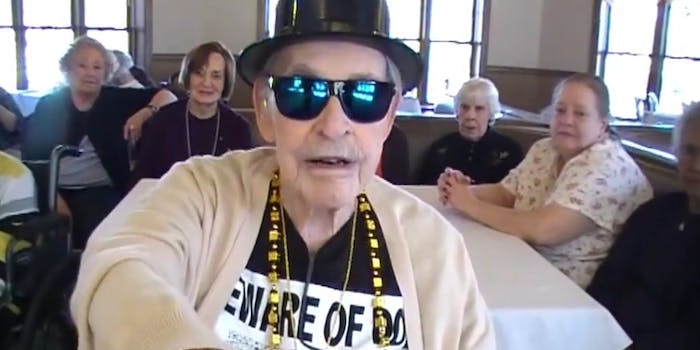 Young people, take note. This is how you should behave when you're old and grey.

These elderly Beastie Boys fans are our new role models in life.

This “Fight For Your Right To Party” video filmed in a nursing home shows aging grandparents rebelling against The Man. Although in this case, The Man is represented by helpful young nursing home employees.

Yep, we definitely want to be this badass when we’re older. It’s truly important to fight for your right to party every single day of your life.

By the way, the real Beastie Boys are all in their late 40s now, so it’ll only be another ten or fifteen years before their music counts as an “oldies” hit. You’re welcome.