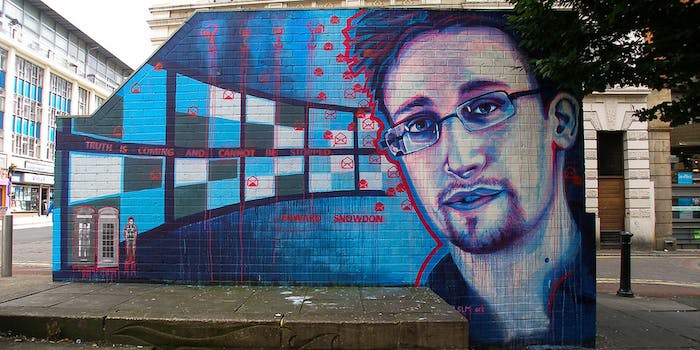 NSA receiving 3 times as many FOIA requests since Snowden leaks

Bulk of requests from individuals wanting to know if they are being spied on.

In case you thought the hubbub sparked by Edward Snowden’s National Security Agency leaks last year had died down, new data about the number of information requests the NSA has received in the past 10 months begs to differ.

From the time Snowden went public last June through March 2014, the NSA has received more than 5,200 document requests under the Freedom of Information Act, according to an investigation by Al Jazeera America. Even when the initial surge of FOIA requests are disregarded, the intelligence agency has still be receiving, on average, three times the number of monthly information requests it had been getting the previous year.

Among the hundreds of pages of logs the NSA released to Al Jazeera, this clear spike in post-Snowden requests is immediately apparent. Thousands of request from journalists, government watchdog groups, transparency advocates, and concerned citizens reveal a heightened public interest in all sorts of NSA matters.

A lot of the FOIA requests pertain to matters relevant to the Snowden affair. There are many inquiries about Internet bandwidth consumption, the agency’s massive and controversial Utah metadata facility, and contracts with Snowden’s former employer, Booz Allen Hamilton.

Requests exploded the very day Snowden’s leaks were first published in the Guardian by Glenn Greenwald. But despite the increased and sustained demand on the NSA’s FOIA officers, a request for additional staff has not been granted. As a result, inquiries are taking months to process. The very FOIA request Al Jazeera filed seeking the FOIA logs took nearly five months to get a response, though that partly had to do with waiting for the agency to declassify the logs and block out sensitive information.

The logs do not reveal detail about every inquiry. Citing a privacy exemption, the agency withheld information about requests from people seeking information about themselves. According to the NSA, these types of requests make up the bulk of FOIA entreaties since Snowden went public.

The FOIA logs don’t detail how the NSA responded to all the requests. However, a report from McClatchy in February stated that the NSA has invoked a blanket policy of issuing “Glomars” to any person asking whether or not they’ve been spied on by the agency. Glomars are responses that indicate the agency can neither confirm nor deny the existence of the requested records. The term refers to a legal precedent set in a case regarding media coverage of the CIA’s Glomar Explorer ship in the 1970s.

This policy has been met with outrage by many individuals, but the NSA says it’s necessary. If the NSA were to reveal which citizens have been spied on, Phillips said that would establish a precedent in which the agency would be expected to give over information to individuals it considers enemies.

For nearly a year now, the Snowden leaks have fueled an ongoing debate about privacy rights and national security in this country. Many privacy advocates—from journalists to legal experts to members of congress—have expressed concern about the secretive way federal intelligence agencies have expanded their reach since 9/11.

In January, President Barack Obama announced a slate of modest NSA reforms, while continuing to deny amnesty for Snowden. The former NSA contractor remains in Russia on a one-year temporary asylum, still seeking permanent asylum in some other country.