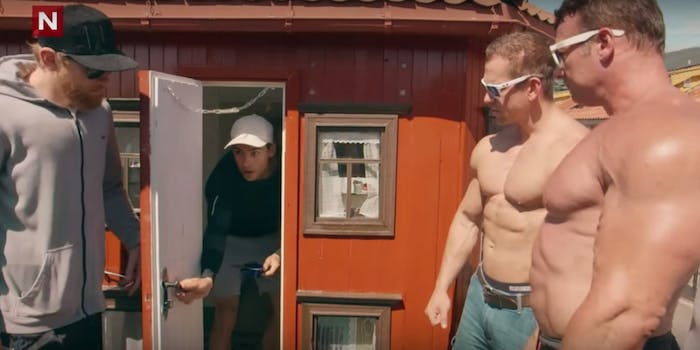 These bodybuilders look like giants in the tiny town of Lilleputthammer.

This deadpan comedy video sees a group of Norwegian bodybuilders visit the town of Lilleputthammer, comparing their enormous physiques to the tiny buildings. It’s a great self-esteem boost for everyone involved, because at some point every bodybuilder has to accept that he can’t possibly get any bigger. Visiting a tiny town gives these men the opportunity to feel like giants.

Who knew a video about Norwegian bodybuilders could be so sweet?