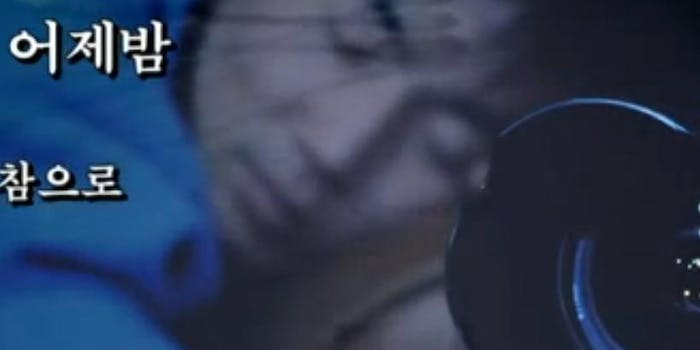 On the eve of an alleged nuclear attack, the North Korean government has released a YouTube video featuring a fictitious U.S. city in flames.

On the eve of an alleged nuclear attack, the North Korean government has released a YouTube video featuring a fictitious U.S. city in flames.

The video is a dream sequence of a man imagining a rocket being launched into space while North Korean citizens rejoice. The video then shows a U.S. city on fire, being attacked by missiles while “We Are the World” plays in the background. It has collected more than 61,000 views since being posted Saturday.

“Somewhere in the United States, black clouds of smoke are billowing,” says the captions on the screen, according to The Telegraph. “It seems that the nest of wickedness is ablaze with the fire started by itself.”

The footage in the video was taken from a cutscene from the popular American video game Call of Duty: Modern Warfare 3.

“In the game, the U.S. comes under attack by an angry Russia during what amounts to World War III, hence Manhattan being under fire by a barrage of missiles,” Forbes reported.

“It’s like watching a 4 year old kid flailing his hands around because he’s so goddamn sure that he could take you on, and win,” RogueCrown commented.

“I’ve come to realize North Korea is like a child that wants more attention and no matter how much they try, the U.S. or the U.N. isn’t giving them any,” NorfolkSouthern added.

Since the end of January, the U.S. government has been trying to gauge the legitimacy of reports that North Korea was planning a nuclear strike against the country. In December, the North Korean government vowed to expand its nuclear program after the United Nations Security Council handed down sanctions against it, The New York Times reported. It is possible that the North Koreans are using hidden underground facilities to develop a nuclear weapon, The Times added.