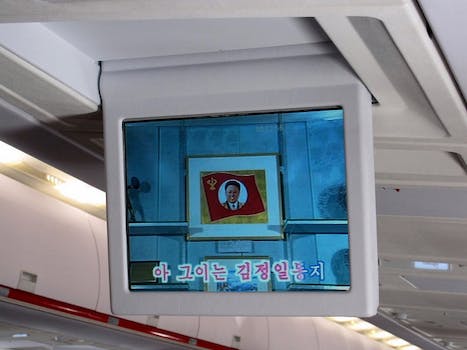 A North Korean news agency claimed that its government websites have been offline over the past two days due to a cyberattack.

The North Korean government has accused the U.S. and South Korea of allegedly hacking its databases.

The accusation came from North Korea’s state-run news agency, which claimed that its government websites have been offline over the past two days due to a cyberattack.

“North Korean web sites routinely go offline for periods of a few hours or up to a day, but this was the first time that all of the country’s websites went offline at the same time,” the North Korea Tech blog reported.

The attacks come at a controversial time for North Korea, which has boasted on Twitter of having an invincible army while stealing footage from the video game Call of Duty to create a propaganda video of a fictitious U.S. city on fire. To try and balance out all the negativity, North Korea welcomed former NBA star Dennis Rodman recently on a mission of “basketball diplomacy.”

Cyberattacks are nothing new for the U.S. government. During the first five months of Barack Obama’s presidency, he “ordered increasingly sophisticated attacks on the computer systems that run Iran’s main nuclear enrichment facilities,” The New York Times reported.

North Korea believes the recent cyberattacks were conducted so the U.S. can find out about its alleged nuclear weapon program.

“What should not be overlooked is that such cyber attack is timed to coincide with the madcap Key Resolve joint military exercises being staged by the U.S. and other hostile forces,” the North Korean news agency reported. “It is nobody’s secret that the U.S. and South Korean puppet regime are massively bolstering up cyber forces in a bid to intensify the subversive activities and sabotages against the DPRK [Democratic People’s Republic of Korea]. The DPRK will never remain a passive onlooker to the enemies’ cyber attacks that have reached a very grave phase as part of their moves to stifle it.”