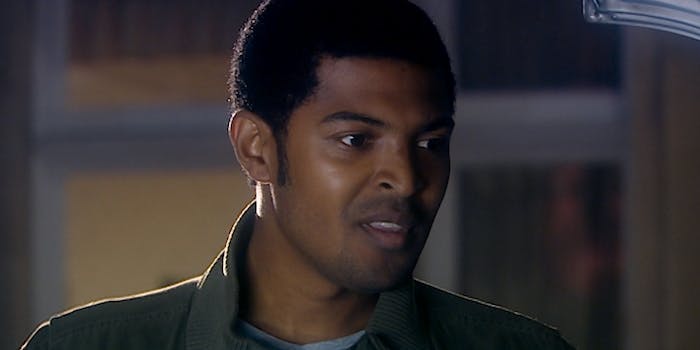 Doctor Who actor Noel Clarke has been accused of sexual misconduct by 20 women.

Best known internationally for his role as Mickey Smith in Doctor Who, Clarke is a household name in the United Kingdom. The prolific actor/writer/director co-created the Kidulthood franchise, stars in the popular crime drama Bulletproof, and is involved with numerous other British films and TV shows.

The Guardian published the allegations yesterday after Clarke received this year’s BAFTA award for outstanding contributions to cinema. According to the Guardian, the BAFTA organization—the British equivalent of the Oscars—was aware of the allegations beforehand but chose to give Clarke the award anyway. BAFTA denies this and has since retracted Clarke’s award. The current season of Bulletproof was also suspended on Friday morning, with Sky TV “halting Noel Clarke’s involvement” in any future projects.

Clarke “vehemently denies” all but one of the accusations, saying in a statement, “In a 20-year career, I have put inclusivity and diversity at the forefront of my work and never had a complaint made against me.”

However, the Guardian‘s investigation provides statements from numerous sources, both named and anonymized. The allegations include reports of Clarke groping and bullying, using his professional position to sexually harass female coworkers, and filming a nude audition without the actress’s consent.

Producer Gina Powell, who worked with Clarke on the film Brotherhood, said Clarke would “constantly harass” her during their three-year working relationship, telling her that he originally planned to “fuck her and fire her.” She also said that Clarke pressured actress Jahannah James into a nude audition and filmed it without her consent. James found the experience traumatizing and dropped out of the running for the role, telling the Guardian, “I still cry when I talk about it.”

The article quotes a long string of specific accusations from women in the film industry, alleging unprofessional behavior during nude scenes, workplace harassment, and misconduct including forcing a kiss on a teenage actress while filming Kidulthood. Clarke denies every allegation aside from one report that he made inappropriate comments to one woman, “for which he later apologized.” These denials came in the form of a 29-page letter from his lawyers.

These allegations are rocking the British film and TV industry, highlighting once again how abusive figures can thrive in positions of power. Actress Kaya Scodelario (The Maze Runner; Netflix’s Spinning Out) shared similar experiences of her own, tweeting that other directors tried to pressure her into nude auditions early in her career. She said she was protected by her agent, but many young actresses don’t have that safety net and are “conditioned” into accepting this kind of sexual coercion.

The Clarke allegations also led to an old Doctor Who interview resurfacing, featuring Clarke talking about his co-star John Barrowman alongside two Doctor Who actresses. “Barrowman’s there taking his dick out every five seconds, just hitting it on everything,” jokes Clarke, miming slapping his penis against an actress.

The two-minute segment makes it clear that Barrowman repeatedly took his penis out while filming the first season of Doctor Who and at one point rested it on an actress’s shoulder. The audience (and Clarke’s female co-stars) treat this like a funny anecdote, with Clarke saying, “I feel like it’s non-threatening” because Barrowman is gay.

There are other stories about Barrowman taking his penis out during interviews and while filming TV shows, but this was always laughed off due to his “cheeky” celebrity persona. Combined with the new allegations surrounding Clarke, this raises serious questions about the atmosphere while filming Doctor Who at the BBC, and why this kind of behavior is overlooked within the media industry.