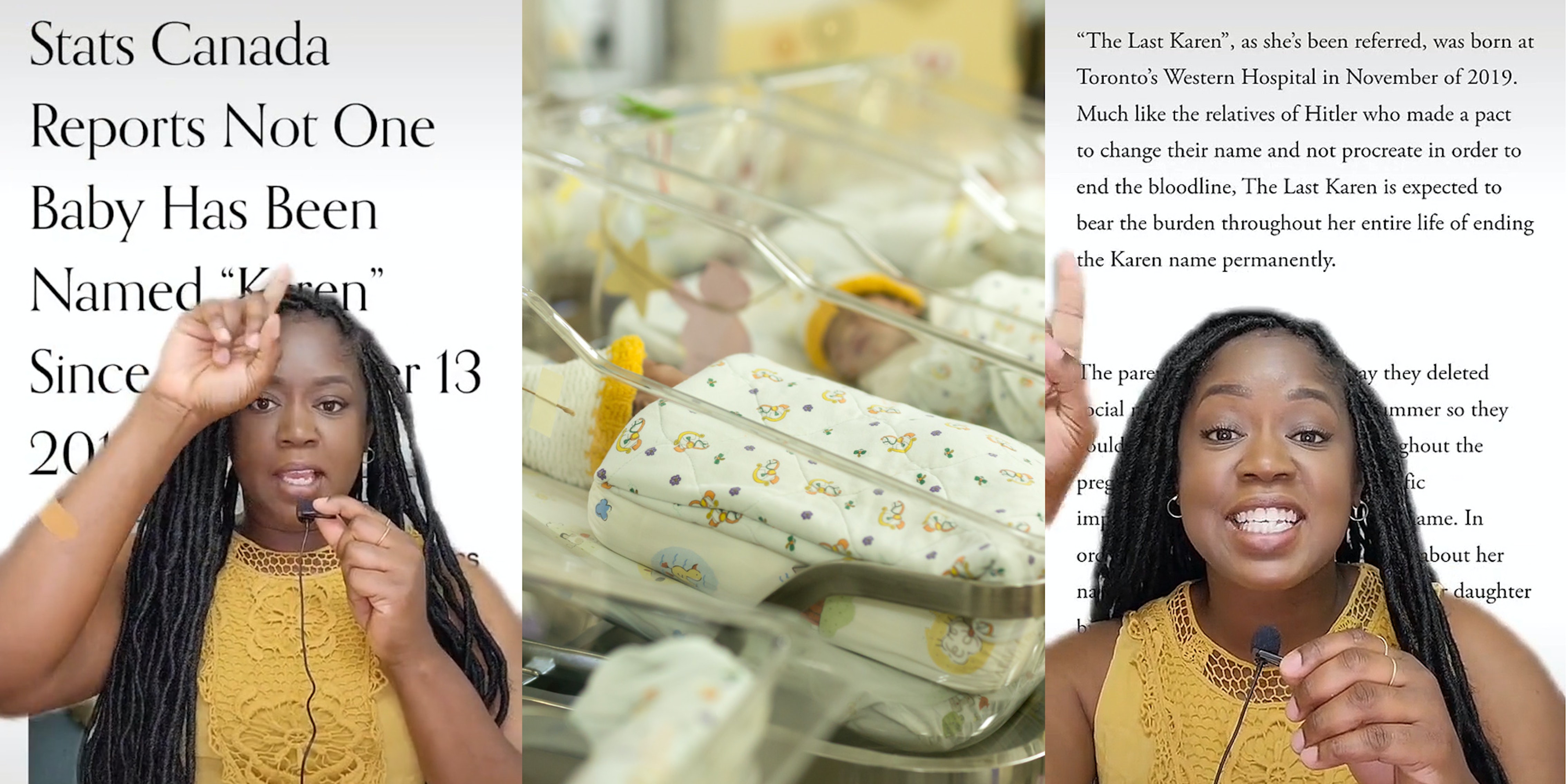 ‘Gen Z bullied a name to literal oblivion’: TikToker says not one baby has been named ‘Karen’ since 2019, referencing satirical article

'They are sending 'Karens' into extinction.'

A TikToker shows a satirical news article from 2020 that claims that the last baby named “Karen” in Canada was born in 2019, sparking debate about Gen-Z “cancel culture” and labeling people as “Karens.”

In the video posted by TikToker @be.you.tifullymade on Wednesday, she cites a satirical article from the Toronto Harold, a parody news site that claims to be “Toronto’s least trusted news source,” that reports that the last baby girl named “Karen” was born in November 2019.

She also notes that the article references “the relatives of Hitler who made a pact to change their name.”

The video has garnered over 511,000 views as of Thursday, with commenters discussing how Gen-Z made the name “Karen” so taboo.

“When gen z can make a name go extinct at their will,” one user wrote.

“I don’t agree with name cancellation. We know it has nothing to do with the name,” another said.

Others pointed out that the Toronto Harold’s article is satire, and shouldn’t be treated like factual news.

“This is a satire article by The Toronto Harold,” a commenter said.

“This is from the Toronto Harold. It’s a satirical news site, so this isn’t real unfortunately lmao,” another wrote.

However, the name “Karen” may actually be on the decline, with Service Alberta publishing stats that show only three new “Karens” were born in Alberta, Canada in 2021.