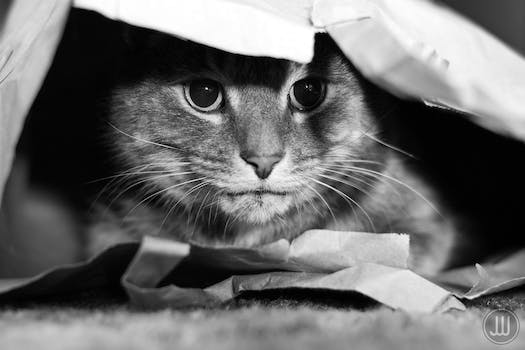 It was supposed to be one last heist. But they pulled her back in.

Last I checked, Steven Soderbergh wasn’t producing Ocean’s 14. In fact, the idea was scrapped years ago. But if Hollywood reinvigorates itself and decides to film another installment of the arthouse crime caper, I know who No. 14 would be: This cat.

Ninja Ani is a master of safe-cracking, contortionist extraordinaire, and if anyone should cross her path, it’s seven years bad luck for them. Watch Ani as she relies on her cunning, and a little bit of raw instinct, to shimmy into the most impenetrable drawer, previously believed to be the only place in the house cats couldn’t burgle.

Unfortunately, Ani was caught red-handed (pawed?). It was supposed to be one last job to settle an old score. She was going to get the goods and escape to Monte Carlo (the window in the back of the house with the view of the bird’s nest). No prison on Earth can hold Ninja Ani, though. She’ll be out before you can say, “Hey, has anyone seen my pills? I left them on the nightstand, but I they aren’t here anymore…”