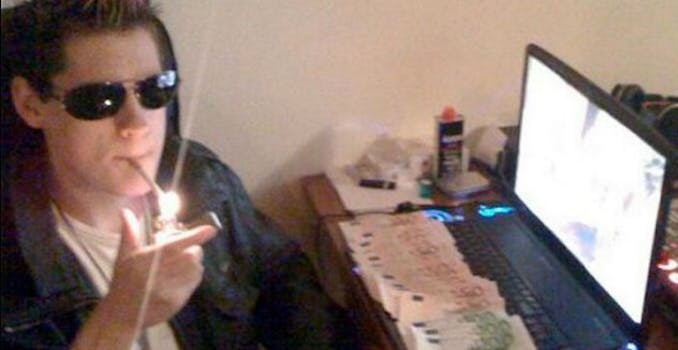 An infamous British hacker responsible for as much as $22 million in financial fraud hacked into his prison's computer system after he was allowed to use a computer while attending an IT class.

An infamous British hacker responsible for as much as $22 million in financial fraud hacked into his prison’s computer system after he was allowed to use a computer while attending an IT class.

Before he was arrested in 2011, Nicholas Webber described himself as the world’s “most wanted cybercriminal.” At 17 he created the site GhostMarket, where he gave tips on harvesting credit card data and writing computer viruses, but also provided a clearinghouse for hundreds of thousands of stolen credit cards. Webber used stolen data to buy high-end electronics and reserve rooms in luxury hotels, including a penthouse at London’s Park Lane Hilton.

Needless to say, Webber didn’t need lessons in information technology. Why the prison allowed him to take a class and access a computer in the first place a mystery.

The incident took place in 2011, but has come to light now because the teacher whom the prison blamed for the hack—and subsequently fired—is suing his former employer. Michael Fox claims he had no idea Webber was a hacker when he allowed him into the class.

Officials have said Webber did not access private data. But according to The Daily Mail, the hack caused “major panic” at the prison. Fox told an educational tribunal, “The perceived problem was there was a tutor who had been excluded by the prison and charged with allowing a hacking expert to hack into the prison’s mainframe.”

HM Isis, the brand-new, $150 million facility where Webber is imprisoned, has been “bedeviled” by a series of technological breakdowns, most related to its state-of-the-art biometric system, where prisoners must swipe their fingerprints to move from one section of the prison to another. According to an inspection last January, the system broke down once every day for five days. We’re sure Webber had nothing to do with it.

Photo of Webber via The Sun