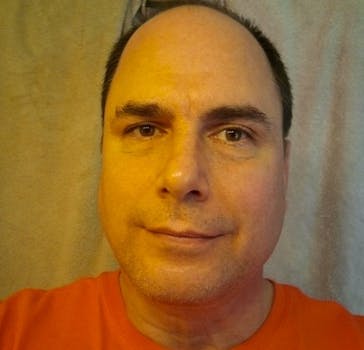 NHL mediator removed over racist tweets made in his name

Whether or not mediator Guy Serota was behind racist tweets and YouTube comments with his name on them, he's been removed from his position resolving the NHL labor dispute.

Just an hour after being installed as the mediator between the NHL and the NHL Players’ Association in a labor dispute, Guy Serota was ousted over some strange tweets, including racist attacks, made in his name.

Serota, of the Federal Mediation and Conciliation Service (FMCS), claimed the @GuySerota account is being run by an impostor, according to ESPN’s Pierre LeBrun. The most recent tweets on the account indicated it was “temporarily hacked” and “Serota” apologized for not being “more effective” (presumably meaning he feels he should have addressed the tweets before joining the mediation team).

Every single one of the tweets on the account prior to Monday was deleted. A Topsy search shows that the tweets which caused the ruckus stretched back several months.

The account contained tweets to a staff member on The Late Late Show, frequent links to videos from the YouTube channel TodayThis, and at least one racially charged attack aimed at comedian Sarah Silverman:

According to the Edmonton Journal, a YouTube account with the username guyserota1 was posting “similar material.” Just two videos have been uploaded to the account, with one depicting a man recounting the detonation of the first hydrogen bomb.

Whether the Twitter and YouTube accounts belong to Serota or not, the FMCS felt his position as mediator was untenable.

“Within one hour after I issued a press release announcing that further negotiations between the NHL and NHLPA would be conducted under the auspices of the FMCS, it has been called to my attention that there are issues involving an allegedly hacked Twitter account associated with Commissioner Guy Serota, one of the mediators I assigned,” wrote FMCS Director George H. Cohen in a statement.

“Accordingly, in order to immediately dispel any cloud on the mediation process, and without regard to the merits of the allegations, I have determined to take immediate action, namely to remove Commissioner Serota from this assignment.”

Serota was one of three people assigned to mediate the dispute, which has caused the cancellation of over a third of the NHL season as well as the traditional Jan. 1 Winter Classic and Jan. 27 All Star games.

The Toronto Star noted that Serota was replaced by John (Jack) Sweeney, director of mediation services with FMCS.

Serota, who was involved in failed bids to resolve the 2004-05 NHL lockout as well as the impasse between the NFL and referees this year, did not have a chance to get started in helping to resolve the dispute. The NHL and NHLPA are due to meet separately with mediators Wednesday.