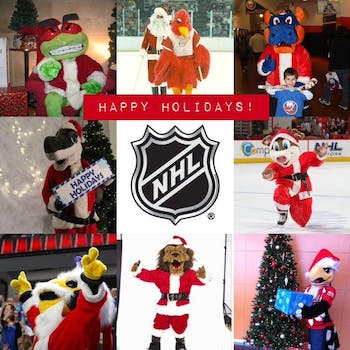 Fans of the NHL have placed a digital lump of coal in the league’s stocking.

Last Wednesday, the National Hockey League posted a collage to its Facebook page showcasing eight of the league’s mascots dressed in Christmas garb and wishing its fans a happy holiday season.

The image, which you can see below, gave disgruntled fans an opportunity to lash out against the NHL, which finds itself in the midst of a labor dispute with the National Hockey League Players’ Union. The league locked out its players on Sep. 16, 2012, after the last collective bargaining agreement expired. The two sides have been in contentious and fruitless negotiations. As a result, the 2012–2013 season has been canceled through Jan. 14, 2013. 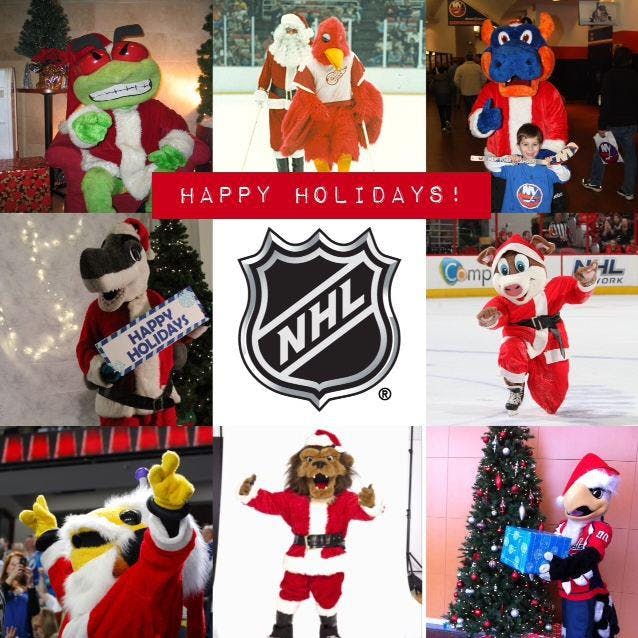 The well-intentioned image has garnered over 4,178 likes. Unfortunately for the NHL, it has also received close to 5,000 comments, the bulk of which are highly critical of the league.

“Really? How out of touch are you morons? Is this a joke? Screw the NHL,” fan Eric Strianese angrily commented. “I gave up my season tickets for good and stopped watching out of disgust for 2 full seasons after the last lockout. That will end up being nothing compared to my response to this one. Friggin’ selfish, greedy, clowns.”

“Are you kidding me? Get a clue,” added Charlie Zimmerman. “We’ll all be watching college football for the holidays. Nice knowing you.”

“Why waste time making a Christmas card when you could be canceling more games?” Sebastian Peralta asked rhetorically. “Go suck a fat one NHL!!”

“Amidst a horrible lockout and perhaps one of the most mismanaged years in the history of organized sports, the NHL—when not busy destroying its league and its brand—has taken to Facebook to wish its followers “Happy Holidays,'” wrote Daniel Kayser. “The resulting 4,000+ comments from frustrated followers are pure comedy gold. Unfortunately, this is the closest the NHL has come this year to being entertaining …”

Something tells us the league’s public relations team isn’t laughing.