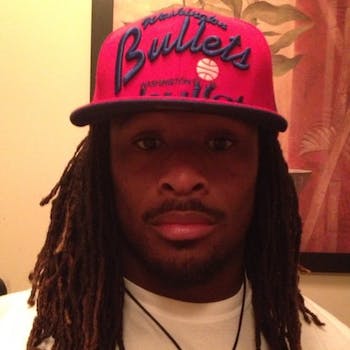 A coach blaming his team for a poor game is one thing, but when armchair critics take a swing at an NFL player for a bad performance, that athlete might just bite back.

Carolina Panthers running back DeAngelo Williams didn’t take too kindly to criticism from fantasy football owners after enduring a torrid game Sunday. In the clash with Seattle Seahawks, Williams rushed six yards on six carries and fumbled as the Panthers succumbed 16-12.

Those who’d drafted Williams into their lineups were none too impressed, according to Sportsnet. Brian Van Loo urged Williams to “get better at your job,” while Sam Thomas sarcastically thanked the player for earning him negative points in his fantasy league.

Others slammed him for “crushing” their fantasy teams, called him a “fantasy destroyer,” and accused him of showing a lack of respect towards fans.

Williams, 29, hit back at his critics.

“Dear upset fantasy owners with the bad language you are a fantasy owner for a reason because you can’t play or apparently fantasy coach!” he wrote on Twitter.

There aren’t really many spaces up for grabs in the NFL to those with the desire to play or coach, and fantasy football owners often have money on the line. That said, Williams dealt appropriately with the criticism he received, holding his hands up and admitting the team was disappointed with the performance.