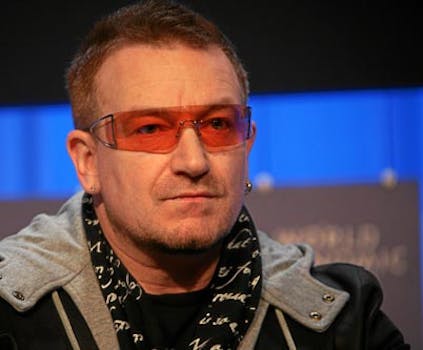 Online oddsmakers pick the next pope

Find out who's favored to become the new head of the Catholic Church.

The hunt for a new pope is on and Cardinal Marc Ouellet, Cardinal Peter Turkson, and U2’s Bono are just three of the candidates mathematically eligible for the pontiff’s position.

The Vatican announced Monday that Pope Benedict XVI will be resigning as head of the Roman Catholic Church at the end of the month for the first time in six centuries.

“After having repeatedly examined my conscience before God, I have come to the certainty that my strengths, due to an advanced age, are no longer suited to an adequate exercise of the Petrine ministry,” said the current pope in a statement. “However, in today’s world, subject to so many rapid changes and shaken by questions of deep relevance for the life of faith, in order to govern the bark of Saint Peter and proclaim the Gospel, both strength of mind and body are necessary, strength which in the last few months, has deteriorated in me to the extent that I have had to recognise my incapacity to adequately fulfill the ministry entrusted to me.”

Speculation surrounding the next pope has captured the attention Irish bookmaker Paddy Power, which has Canada’s Ouellet leading contenders with odds of 5/2. Ouellet, 67, is the Prefect of the Congregation for Bishops and his “work in helping to vet and select bishops would give him the ability as pope to dramatically shape the Church for a generation or more,” Business Insider reported.

In a close second is 63-year-old Turkson of Ghana. Paddy Power gives him 7/2 odds of becoming the first black pope.

“If God would wish to see a black man also as pope, thanks be to God,” Turkson said, according to Policymic.

Rounding out the list of 47 cardinals, archbishops, and priests is Irish singer and humanitarian, Bono, 52. Bono’s chances are 1,000/1, but if this photo of the singer with Pope John Paul II is any indication, his chances are better than Paddy Power states. 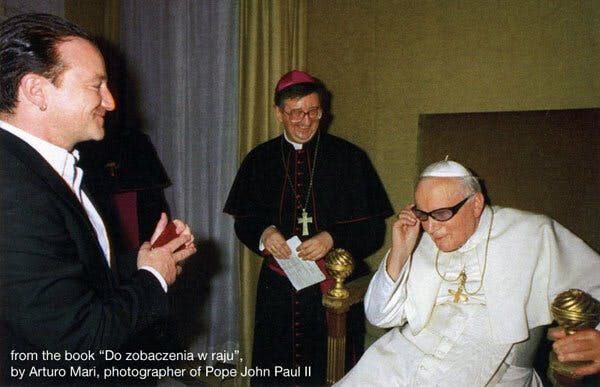 “Before anyone asks, I’ve already checked with #Bono,” @FachtnaK tweeted. “He said he won’t do it. Couldn’t live in a smaller house, apparently.”

Bets on the next pope will close on Friday, March 15.