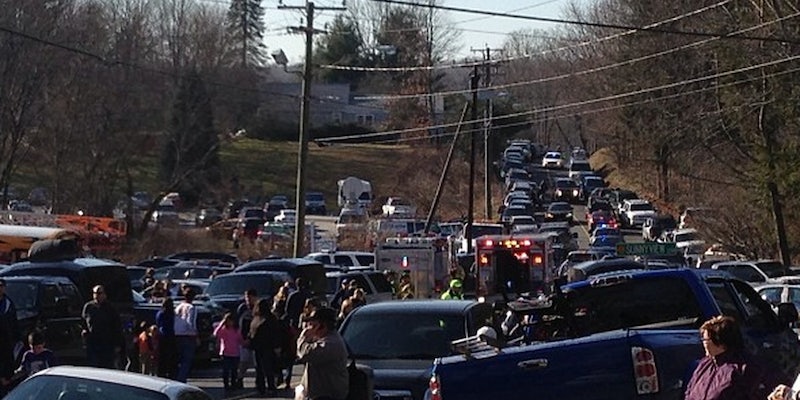 What we know about alleged school shooter Adam Lanza

After erroneous early reports about the identity of the man who opened fire at a Newtown, Conn., elementary school Friday morning, the shooter has now been identified. Here's what we know so far.

Earlier today, a lone gunman in his early 20s opened fire at Sandy Hook Elementary, located in Newton, Conn., killing at least 27 people. The media has spent the entire day trying to get as much information out as possible, which has led to various erroneous reports.

Here’s what we know at this point.

At around 9:30am ET, a man police have identified as 20-year-old Adam Lanza walked into Sandy Hook Elementary school and opened fire inside her classroom. According to an AP report, three weapons—a Glock pistol, a Sig Sauer pistol, and a .223-caliber rifle—were found on the scene.

Twenty-seven people have been confirmed dead, and 18 children were killed at the scene. Two more were taken to an area hospital, where they were later declared dead. Seven adults were also found dead inside of the elementary, including the shooter.

Initial reports, likely started by CNN, reported that the killer was Ryan Lanza. The identified man, however, dismissed this rumor by announcing on Facebook that he wasn’t the shooter. The fact that the shooter was reported dead on the scene also disproved this theory. That, however, didn’t stop people on Twitter and Facebook from harassing Ryan Lanza.

The Lanza profile has since been deleted from Facebook.

Adam Lanza has a brother named Ryan, 24, who has been brought in for questioning by Hoboken, N.J. police, but is not believed to be involved in the shooting. It’s unclear at this time whether he is the same Ryan Lanza behind the widely reported Facebook profile.

As of this writing, no social media profile for Adam Lanza has been found.

Correction: An earlier version of this story, based on news reports at the time, stated that the shooter’s mother, Nancy Lanza, was killed in her classroom at Sandy Hook Elementary School. However, the superintendent saidSaturday there was no evidence that she worked at the school. CNN’s Susan Candiotti is reporting that she was found dead in the suspect’s home. We regret the error.