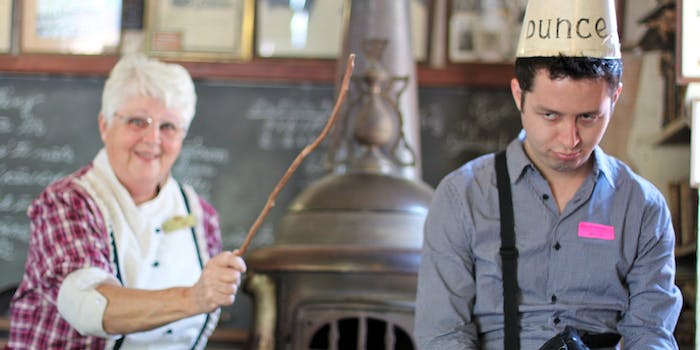 By dumbing down the news, The Upshot may make all of us smarter

The Upshot is more than Sparknotes for the New York Times.

You’ve heard it time and again: print media is dead, and the Internet killed it. Or cable news killed it. Or some combination thereof. More and more, it seems there are very few bastions of real journalism left in this attention deficit, information overload world.

One such bastion, perhaps even the most famous one left, continues to be the New York Times. Although by no means immune to controversy, the Times remains well-respected for reporting real news.

That’s why it might surprise some to learn that the they have now launched a new venture called the Upshot, with the intention of explaining data and helping to simplify news so more people can understand it.

Managing editor of the Upshot, David Leonhardt, says that their aim is to “be conversational without being dumbed down.” But when you use the phrase “dumbed down” to begin with, people are automatically going to wonder if you’ve got something to prove.

Others still have wondered if the Upshot can thrive when it’s also got FiveThirtyEight and Vox to compete with in the growing world of data journalism.

Despite having the third-highest circulation of any newspaper in the United States and having won more pulitzer prizes that any newspaper ever, the New York Times has not been immune to the same woes so many other print journals have encountered in recent years. The excellent documentary, Page One: Inside the New York Times, explores the troubles the paper has had adjusting to the Internet age in great length.

So it wouldn’t be a stretch to look at the Upshot as a reactionary measure introduced help the Times keep up with the frequent speed and simplicity inherent in the modern news cycle.

Except that the Upshot is hardly the first place to try and condense the news into a fast food style. So many people today already get their news from social networking sites, most of which are designed to distribute that news as simplistically as possible.

And if the story of Malaysia Airlines Flight 370 has taught us anything, it’s that every single one of the major cable news outlets will do everything in their power to dumb things down as much as they can.

It would also be easy to look at the Upshot as the Spark Notes version (or if you’re old school, the Cliffs Notes version) of the New York Times, in that it takes a longer, more serious piece of work and reduces it to the bare minimum.

This is not entirely inaccurate. The Upshot could easily function as a cheat sheet for those who don’t wish to take on the great task of really diving into the larger Times. The difference is that news is about facts, and literature isn’t; news, to a certain extent, is about the destination, while literature is about the journey. Good reporting, like good literature, is made better by detail.

But it doesn’t require poetic language or subtext. In fact, it should actively try not to include either. If you can get the basic point across, you can be a good journalist. In this sense, the Upshot has the potential to be more than News for Dummies—it’s a function of good journalism.

Journalism will continue to be watered down by those who are just out to make money and consumed by those who already have made up their opinion.

But that doesn’t make it okay to give up and stop trying altogether. The very fact that up to 29 percent of Americans might not know who the Vice President is makes for reason enough to continue the fight for fact-based journalism.

And if the Upshot really does help more Americans to understand the world around them, then it can’t be a bad thing. Should the Upshot succeed, some may even find a window into the New York TImes or other in-depth news sources and become more engaged readers.

So if this is dumbing the news down, it’s the smartest way to do it.

Photo via davecobb/Flickr (CC BY 2.0)