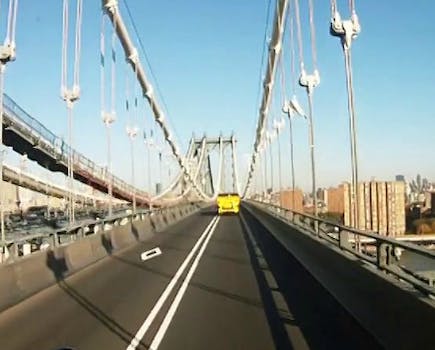 Each morning, at a small depot tucked away under the Williamsburg Bridge, the New York City workers who call themselves the “pothole gang” pore over a giant spreadsheet known as “The Daily Pothole.” On it are thousands of potholes all over the city: giant gorges caused by rain and sleet, small interconnected divots that can flatten tires, and pretty much every other roadway wound you can imagine. The sun is barely up, and yet for these men—members of a street maintenance team tasked by the Department of Transportation with roadway repair—the race has already begun.

Over the next eight hours, they will hit the streets, filling giant yellow trucks with smoldering hot asphalt, navigating endless traffic, and smoothing as many potholes as they can before the sun goes down (only to do it all again the next day). Does it get tiring? Sure. But in a city that’s always moving, roadway repair is crucial. On a good day, the team might fill 4,000 potholes. In an average week, they could resurface 100,000 square yards of road. After Hurricane Sandy, their crews removed 2,500 tons of debris. And every day, on a Tumblr called The Daily Pothole—named after that early morning spreadsheet—New Yorkers can take a peek inside the workings of a city system few have likely thought about. We spent a day with six men who help make up New York City’s pothole repair team.