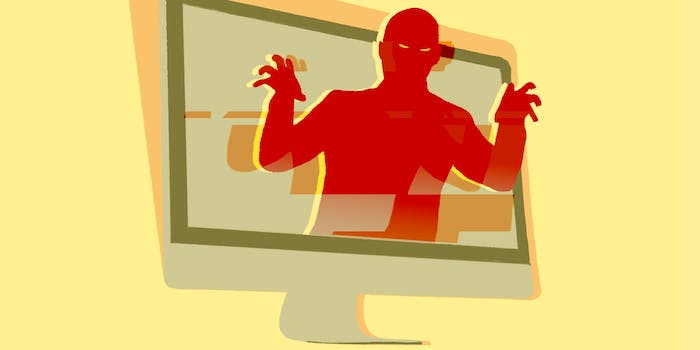 The Internet has made bullying more common, but it's also giving its victims a powerful weapon to fight back.

If there is a single major social problem that best captures the pros and cons of our Internet-driven world, it is the issue of bullying.

On one hand, the Internet has become notorious in recent years as a breeding ground for bullying behavior. According to the Cyberbullying Research Center, about half of young people have experienced some form of bullying through their cell phone or online, with 10 to 20 percent experiencing it regularly. The most common form of cyberbullying involves hurtful comments and spreading rumors, which means–not surprisingly–cyberbullying victims are more likely to have low self-esteem and to consider suicide.

Yet even as the Internet has made bullying more common, it has also provided its victims with their most powerful weapon–a voice.

Last week, the voice of a suicide victim was heard through his brothers. After 16-year-old David Molak committed suicide due to being cyberbullied by other teenagers who were jealous of his girlfriend, his two older brothers wrote a public Facebook letter outlining the deeper social sickness that destroyed their sibling’s life.

“We’ve all heard the word bullying and we’ve all had to attend those stupid mandatory anti-bullying classes or seminars,” they explained. After describing their thoughts about David’s pain in his final hours, they went on to point out that “the only way to end the suffering in this nation whether it be from bullying or discrimination is not to highlight differences between groups of people, but to focus on the importance of accountability and ultimately character.”

Even as the Internet has made bullying more common, it has also provided its victims with their most powerful weapon–a voice.

Refreshingly, these words were met with overwhelming support by the Molaks’ online audience. “We love your family, we will never forget David, and we are praying for all of the Molak family,” posted one reader. “I will do everything I can to help you in this cause,” wrote another respondent. “We MUST hold young people AND their PARENTS accountable for practicing the Golden Rule and developing integrity.” A third (who seemed to personally know the victim) observed, “It[s] bewildering how people post all this support for David but yet it[‘s] their kids that are the bullies. They hide behind their social status. They swept things under the rug. David always talk[ed] to my son and he is truly hurt about your loss. He was just talking about the 6th grade field trip and how David won a basketball and gave it to him. He still has it to this day. Rest in peace David!”

Nor is the Internet’s capacity to spread love as well as hate limited to individual message boards. According to RiteTag, several anti-bullying hashtag campaigns have become popular in recent years, including #cyberbullying, #standup, and #parenting. Organizations like STOP cyberbullying and the Southern Poverty Law Center’s Create an Anti-Cyberbullying Sign Campaign have been created to address this issue, while stories about cyberbullying continue to dominate headlines across the Internet. Not surprisingly, all of this attention has led to a government website that’s devoted exclusively to addressing bullying, and which has its own separate section for cyberbullying.

Perhaps fortunately for me, my childhood occurred a few years before social media really took off. Still, I was victimized by many of the forms of abuse that would later be morph into “cyberbullying.”

Last month, two junior varsity basketball players in Wisconsin posted a video on a social media app showing themselves bullying an autistic boy in a locker room. While I never had videos of my mistreatment recorded and then posted for the whole world to see, I would often be physically or emotionally humiliated by bullies who made sure there was an audience.

What once occurred among flesh-and-blood human beings is now transplanted into cyberspace–which perhaps makes it even easier for bullies to forget that their actions still have flesh-and-blood victims.

But thanks to the Internet, I’ve been able to write many articles drawing attention to issues like the depression epidemic within the autistic community, dating with Asperger’s, and–of course–being socially marginalized due to having Asperger’s. As a result of these pieces and others like them, I have had dozens of people with autism reach out to me for advice or even simple conversation. The same medium that can be used to cause so much suffering has, as I have personally witnessed and experienced, the capacity to connect individuals who might have otherwise always believed themselves to be alone.

This, ultimately, must be the lesson we learn from the growing attention to bullying. If we want to stop bullying among children and teenagers, we must recognize the larger social culture that causes it in the first place. Because we as a society still believe that it’s acceptable to marginalize, reject, and inflict emotional harm on people who are considered different, we allow an atmosphere to develop that makes bullying possible. Even those who don’t intentionally set out to be cruel are still complicit in the problem.

After all, the worst things that people do en masse aren’t done deliberately or even necessarily consciously. Our worst crimes against each other are those that we commit in the back of our minds, as the product of countless tiny judgments that we cast on others or subconscious choices to demean or reject someone else as a means of elevating ourselves.

Because the Internet has allowed bullying victims to draw attention to the various ways they are mistreated–whether it is because of how they look and who they date, their gender identity or the fact that they have an autism spectrum disorder–it empowers those who use it constructively with an agency that was inconceivable only a few decades ago. As time goes on and our collective social consciousness continues to evolve, we will hopefully reach a time when we learn to embrace and love each other for our shared humanity, rather than seek out reasons to despite and hurt on another.

Or, as David Molak’s brothers put it, “not to highlight differences between groups of people, but to focus on the importance of accountability and ultimately character.”