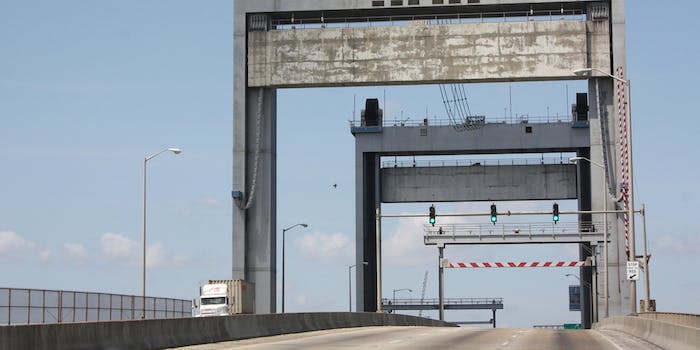 In 2011, several New Orleans attorneys might have won their petty arguments on social media. But in the long run, they lost an entire city’s 8-year-long battle against police corruption, and justice for the victims of one of the largest police scandals in U.S. history.

In the aftermath of Hurricane Katrina, the New Orleans Police Department began a major campaign to end its systemic blend of corruption and lack of accountability, beginning with one of its most high-profile coverups—the shooting of 6 unarmed people, 2 fatally, as they scavenged for supplies during the hurricane.

But now, six years, two overturned criminal investigations, and 11 federally implicated NOPD members later, all of the work the city has done to eradicate corruption and ensure justice for the victims of the Danziger Bridge Shootings may be in vain.

Yesterday, a district court judge ordered a new trial for five men convicted in 2011 of the shootings and subsequent cover-up—largely because of scathing comments that members of the prosecution left online using anonymous sockpuppet accounts.

At the heart of the Danziger Bridge case are five policemen accused of conspiring to obstruct justice and deprive Katrina victims of the right to life “under the color of law.” On September 2005, during the hurricane, police responded to reports of shots fired on the bridge, which were later determined to be from stranded hurricane victims trying to attract the attention of rescuers. At the scene, police opened fire with assault rifles against a number of unarmed victims, including a family attempting to enter a supermarket and 40-year-old Ronald Madison, a developmentally disabled man who was fatally shot in the back while fleeing.

Immediately after the incident, numerous members of the NOPD began falsifying evidence, which included accusing Madison’s brother of assaulting police officers, and claiming that several victims had brandished weapons. Over the years, a massive investigation led to multiple guilty pleas. But in 2008, all charges against five police officers were overturned due to the prosecution’s mishandling of information—which prompted federal prosecutors to step in. Ultimately, the federal prosecution wrangled a hard-won 2011 conviction, and 5 officers connected to the case received sentences totaling 149 years in prison.

But in 2012, the discovery that multiple members of the district attorney’s office had been leaving spirited comments online about their cases led to a defendant’s’ motion for a new trial, which an exasperated judge was all too happy to grant on Tuesday.

At the center of the scandal are two ex-lawyers, former Assistant U.S. Attorney Sal Perricone, and his boss, former U.S. District Attorney Jim Letten, who left numerous comments about their office, their cases, their defendants, and even each other on Nola.com, the Times-Picayune website. In the wake of the scandal, prosecutor Jan Mann was demoted, Perricone was fired, and Letten resigned. At the time he left office, Letten was the longest-standing U.S. Attorney in the country.

Initially, the comments attracted no attention related to the Danziger Bridge case. Instead, they started with an angry landfill owner, Fred Heebe, who was the subject of a federal investigation spearheaded by Perricone. So convinced was Heebe that Perricone was the sockpuppet account Mencken1951 who’d been trolling him for weeks on NOLA.com that in 2012 he hired a famous forensic linguist to do a comparative analysis of the troll’s writing style to Perricone’s.

After revelations that not only Perricone but Mann had left comments sharing their opinions about various open court cases, with Letten’s full knowledge, the presiding judge in the Danziger Bridge case, U.S. District Court Judge Kurt Engelhardt, ordered Letten to re-open an investigation into whether his department had publicly leaked information vital to the case.

Engelhardt, a Bush administration appointee, was critical of the prosecution’s handling of the Danziger Bridge case throughout the trial. He especially castigated their method of offering plea bargains to witnesses and accepting testimony from those who pled guilty in the investigation in exchange for lighter sentences. Engelhardt openly spoke of his belief that members of the police department who testified against the defendants were untruthful.

“Using liars lying to convict liars is no way to pursue justice,” he said during the  sentencing hearing, in which he lectured the audience for nearly two hours and reduced the sentence of one officer to just six years.

But while these factors influenced his overturning of the conviction, Engelhardt’s harsh 169-page filing on the order zoomed in on the rampant online discussion the district attorney’s office engaged in. Although neither Perricone or Letten were directly involved in handling the Danziger Case, Perricone in particular left numerous comments under the alias “legacyusa” about the trial, including addressing one of the defendants with “your time is up” and noting that his defense lawyer “just hung his client.”

“Letten’s people are not to be trifled with,” he wrote in another comment.

Engelhardt included dozens of pages of comment threads in which Perricone participated in online discussions about the case—in some instances having apparently come directly from the trial-in-progress. Then he dropped the bombshell that another participant in the discussion was a New Orleans civil rights trial lawyer, Karla Dobinski, who’d held her position since 1985.

“In the court’s view,” a weary-sounding Engelhardt wrote, “the fact that the government’s actions were conducted in anonymity makes it all the more egregious, and forces the Court, the defendants, and the public, into an indecent game of ‘catch-me-if-you-can.’” He also added that “the revelation of Dobinski’s posting activity” was “the proverbial straw that broke the camel’s back.”

But while supporters of the five policemen celebrated the overturned conviction and awaited the long retrial, the victims and survivors of the 8-year-old bridge assault. Dr. Romell Madison, Ronald Madison’s brother, urged the Department of Justice to appeal the decision. “This decision re-opens this terrible wound not only for our family but our entire community,” he said in a statement.

The Justice Department is reportedly “reviewing the decision and considering its options.”

And hopefully conducting departmental reviews of what not to do on the Internet.