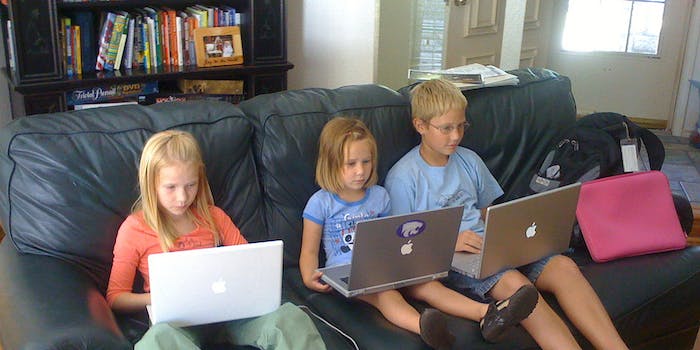 How one New Jersey principal treated snowed-in students to storytime

As record-breaking winter freezes put schools across America on ice, teachers and administrative staff are having to get creative with ways to keep students engaged outside the classroom.

Yesterday, one New Jersey principal used the Internet to deliver storytime to 51 lucky kids from his school.

Slackwood Elementary principal Jay Billy summoned kids in his Lawrenceville, N.J., town to a private online conference Thursday, as the area got burried 10 inches of snowfall. Billy sent out a mass email to parents at his school inviting them and their children to join him online for a special story session.

Billy read three stories to the kids who signed on. Delighted parent Regina Smith contacted the Times of Trenton about the event.

Participating students had an assignment based on the three stories they read that will earn them a special treat once they’re back in the classroom—if the snow ever lets up.

It’s not the first time this snowy winter season that educators used the Internet to help them overcome the icy odds. After the calamitous blizzard that sent most of Georgia and Alabama into an apocalyptic state, musician Roger Day used Skype to perform a concert for hundreds of children who were stranded overnight at their elementary schools. And in North Carolina, two creative school administrators used YouTube to let students know their school was shutting down in the most hilarious way possible—with a modified rendition of “Ice, Ice, Baby.”

It’s not just the school staff who are using the Internet during the winter storms, however: in New York, students used Twitter to lambaste the public school system for refusing to close during one of the city’s heaviest snowfalls. And with at least a few more weeks of winter on the way, students are undoubtedly feeling stir-crazy, whether they’re stuck in school or out of it.

Let’s just hope the spring thaw arrives soon,before students’ creativity on the Internet outstrips those of their teachers.