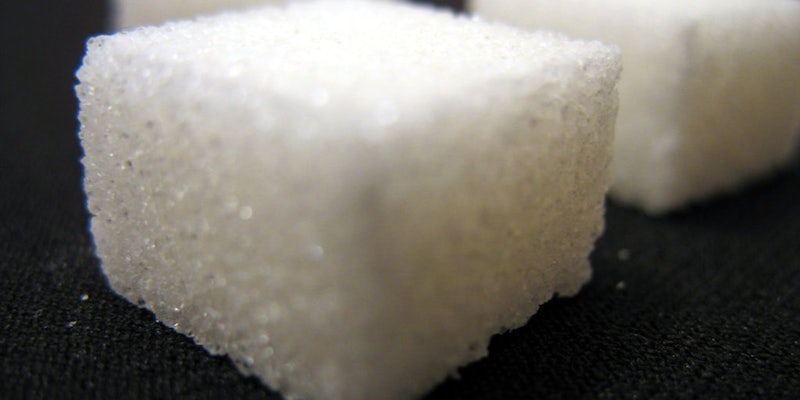 Is this the brand-new iPhone or a bag of sugar?

It'll give you a toothache.

Keep it simple and sweet. That’s always been Apple’s approach to revolutionizing tech. And keeping in the tradition of Steve Jobs’s grand vision, Tim Cook has developed a new iPhone that is sure to give gadget nerds a toothache.

Not set for release until 2016, a Daily Dot tipster recently got his hands on the new iPhone 6s on a recent trip to Manchester, England. In what is most definitely the biggest technological leak, he was approached by a man claiming to have two new iPhones. They struck a deal, and our tipster was able to get those phones off his hands for only £500, or $750. A steal if you ask us!

When he got home to unpackage the phones, they appeared to be a bag of sugar. Sure, to the layman it’s a “bag of sugar,” but when you’re in the biz, you know a scoop when you see one.

Cook’s new iPhone 6sugar is essentially everything you love about the iPhone—slick design, touch screen, music player—broken down at a molecular level and repurposed as sugar. It’s the latest in digestible technology.

In order to use the device, simply take a teaspoon of your iPhone 6sugar and drop it in your tea—Earl Grey or English breakfast would be ideal, but any tea or coffee works. Don’t forget to stir, or the iOS won’t boot up. Sip the tea slowly, make sure not to burn your tongue. Once you’ve drunk a teacup full of the new iPhone you’ll be back online, ready to snap your favorite chats.

Just remember to adjust all your location and iTunes Music renewal settings before drinking, otherwise you’re stuck with what you got for the rest of your life.