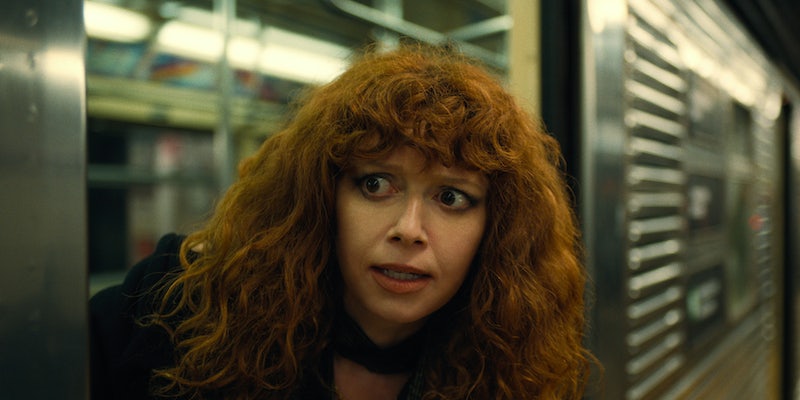 Three years after its Netflix debut, Russian Doll returns as we’ve been oversaturated with multiverse content. But it avoids becoming redundant.

In season 1, which debuted in 2019, Nadia (Natasha Lyonne) dies in a variety of ways, always looping back to the bathroom at her 36th birthday party. Here, she’s about to celebrate her 40th, but the birthday party loop is replaced in season 2 by the NYC subway. It’s a smart way to avoid repeating the premise while opening up a more accessible time-travel storyline. (Without spoiling it, there is a very funny callback to the “Sweet birthday baby” refrain of season 1.)

Season 2, in which Lyonne stepped in as showrunner, covers much more territory, at least geographically. Nadia discovers that the 6 train takes her to NYC 1982, where her mother Nora (a sublime Chloë Sevigny) is pregnant with her. Annie Murphy plays the younger version of Ruth, Nadia’s godmother, and the fleshed-out casting of mostly women (plus a grimy Sharlto Copley) gives season 2 a clearer generational and matriarchal POV.

Nadia starts piecing together that a wealth of lost Krugerrands stashed away by her grandmother was supposed to help her mother, and possibly change her path in life, which sends her way back into her family history, a surreal trip into 23andMe (and me and me). But ultimately she learns the lesson countless movies have already imparted: You can’t fuck with the past.

That takes some of the momentum and fun out of the story, one guided by Lyonne’s stream-of-consciousness philosophizing and the space-time rules of the writers’ room. But Russian Doll doesn’t drop the detective-show thread of the first season; in fact, it trust-falls into it, creating a geo-metaphysical mystery with Lyonne as our chain-smoking Peter Falk (who gets a shout out).

Nadia’s loop counterpart, Alan (Charlie Barnett), indulges this new line of communication to explore a formative part of his grandmother’s life, but unfortunately, his storyline feels less considered, and there are very few scenes of him and Nadia together. Ships passing, etcetera.

The big question with a series that closed the loop on its mystery in season 1 is, of course, did it need a second? No, but that’s not really how TV works anymore. Russian Doll had enough of a fanbase to warrant another season, but after five or six episodes, Nadia’s trips into the past start to feel like an exercise in futility, and by the finale, it’s clear that the writers weren’t really sure where they were going with all this.