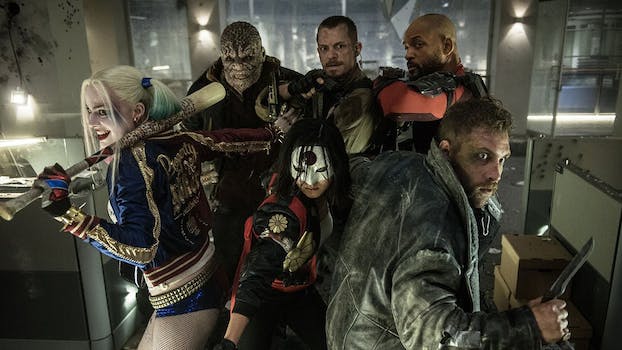 There are a lot of new shows to watch on Netflix, but that doesn't mean you should bother with them.

Netflix, which started as the scrappy little video rental that could and evolved into a media giant, might be getting too big for its own britches. The explosion of original programming—a new show rolls out approximately every two weeks—designed to attract more viewers might be doing just the opposite. In its haste to build subscriber and viewer numbers, Netflix has abandoned a fundamental precept of media: Quality is more important than quantity. A bored viewership is one that will quickly drift away.

“Netflix,” pleads Eric Thurm at Wired, “stop spamming us with crappy shows.” He’s thinking of the dubious Scrotal Recall, one of a slew of Netflix Originals that came out this month. Technically, it’s what’s known as an “exclusive”—the show was originally developed and produced for BBC4, but Americans who want to (legally) watch it will have to do so on Netflix, because it has an exclusive license. But it’s not just this questionable British rom-com that’s the problem.

The company’s history of sharp, tight original shows—perhaps best exemplified by House of Cards and Orange Is the New Black—is a big draw for viewers frustrated with the limited, commercial-clogged offerings of broadcast networks, as well as the poor options in U.S. theaters. Netflix has done an outstanding job of bringing a huge range of content, including international programming, to its streaming service, capitalizing on the market for foreign film and television, previous seasons of hit U.S. television, and more. With a constantly cycling repertoire, Netflix has also established a reason for viewers to keep renewing their subscription fees, since anything might come up next.

Quality is more important than quantity. A bored viewership is one that will quickly drift away.

In terms of development, the energy that goes into Netflix Originals is impressive, with a reliance on incredibly complicated and savvy uses of user data. With every login, notes Ken Auletta at the New Yorker, viewers contribute data that helps the company determine their taste in order to offer personal recommendations, but more than that, user data helps the company perfect the site’s formula. Netflix knows what people are watching, it knows whether people are finishing films and individual television episodes, it knows which tags people are using, and it knows which shows people are marathoning.

“Netflix is commissioning original content because it knows what people want before they do,” wrote David Carr for the New York Times in 2013. That user data is vital to developing the special sauce that makes shows big hits, as in the case of House of Cards, he explained:

Netflix, which has 27 million subscribers in the nation and 33 million worldwide, ran the numbers. It already knew that a healthy share had streamed the work of Mr. Fincher, the director of The Social Network, from beginning to end. And films featuring Mr. Spacey had always done well, as had the British version of House of Cards. With those three circles of interest, Netflix was able to find a Venn diagram intersection that suggested that buying the series would be a very good bet on original programming.

The company is notoriously tight-lipped about its ratings, although outside firms have had a stab at estimating them. At Variety, Andrew Wallenstein reported on the results of a recent survey of Netflix users, designed to determine audience numbers for some of the service’s most popular shows. Daredevil and Unbreakable Kimmy Schmidt are both performing extremely well, edging out House of Cards in viewership.

“Because Netflix does not carry any advertising,” Wallenstein notes, “the company professes not to care when a subscriber watches content.” This is clearly not the case—Netflix is very invested in teasing releases and encouraging viewers to marathon shows as soon as they’re unlocked to the public. It needs high subscriber numbers to pay for costly development deals, and it knows that highly engaging programming keeps those numbers up and gives people a reason to come back.

Peep @OITNB to see all the official Orange is the New Black posters made exclusively for fans! pic.twitter.com/GsNbcj8ueA

Netflix, however, is running into trouble. The formula for developing the next great original hit—whether it be truly original programming, a revival of a once-dead series, or an exclusive deal on a foreign show—is just that: a formula. Even with extremely intelligent algorithms backed by experienced and savvy producers, viewers grow weary of formulaic television, whether it’s on broadcast or on Netflix, and they’re beginning to smell a rat.

In a way, the habit of churning out new programming in an attempt to keep subscribers loyal to Netflix is reminiscent of a similar phenomenon in the publishing world. The explosion of young adult literature as a highly viable and lucrative publishing category has stimulated huge growth in books for kids and teens, and not all of those books are good.

Like Netflix, publishers scent, seek, and follow trends—first it was vampires, then it was dystopias, now it’s wry and charming contemporary novels with a note of heartbreak. Like Netflix, publishers have also missed the message that readers care about quality, not quantity, and the aggressive pursuit of trends is beginning to snap back in the industry’s face.

Netflix is relying on user data to think about what sells and determine what to acquire, but it’s also—like publishing—utilizing that data to develop entirely in-house productions based on what it believes is a magic recipe for success. The problem is that what was once innovative has become less so for viewers who have already seen multiple iterations upon the same theme.

Think, for example, of shows attempting to ride on the coattails of Downton Abbey after seeing the British drama win critical acclaim and score millions of obsessed viewers; TV’s period piece boom led to the CW’s Reign and the History channel’s Vikings. Or, as Thurm points out, the programs that tried to follow in Mad Men’s antihero footsteps and fell flat. (Remember Low Winter Sun? How about Halt and Catch Fire?) Or, for that matter, the slew of The Fault in Our Stars and Twilight copycats.

The failure of such programs highlights the fact that viewers don’t want a Downton Abbey or Mad Men clone: What they want is quality original television. What made Mad Men and Downton Abbey so successful was that they were innovative, approaching a period of history that hadn’t been widely explored on television with sleek, distinctive production values, stunning costuming, and subtle, understated writing.

Kayla Cobb at Decider points to the potential of what Netflix could be in her discussion of Pompidou, which has proved to be a bit of a Netflix flop: “The British television series, starring Matt Lucas (Little Britain) and featuring an anthropomorphic dog that seems to principally read while wearing glasses, is an all-visual comedy—characters communicate through noises, gibberish, and gestures, but actual words are rarely spoken.”

While U.S. viewers might struggle with the aesthetic of the show, she argues, that’s precisely what makes it so important, as it illustrates that Netflix is willing to take radical risks.

But given the current slate of upcoming shows, Pompidou would appear to be the outlier, not the norm. For the most part, Netflix is investing in what it perceives as safe bets, counting on viewers hungry for shows of a given niche to flock to similar programming. That’s a mistake for a service interested in longevity, because viewers aren’t drawn to “prison dramas” or “shows about rich people,” but rather to meticulously constructed and creative original programming in the original sense of “original.”

If the company keeps up with a derivative and formulaic approach to development, it may start bleeding subscribers. That’s not a surprise. Audiences smart enough to get bored with repeats on broadcast and cable are just as capable of pulling the plug on a Netflix subscription—and it’s much easier to drop a Netflix subscription than it is to cancel with most cable providers.