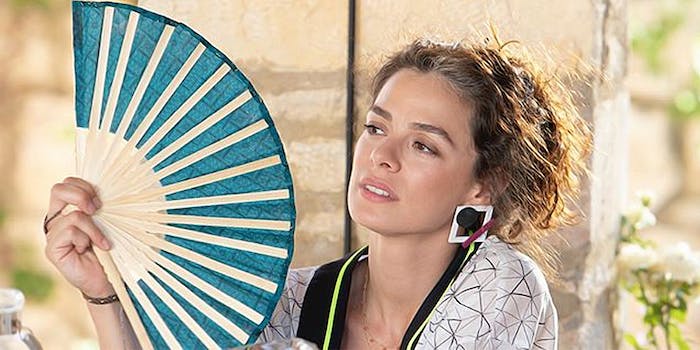 Netflix canceled the series rather than remove the character from the script.

Netflix has canceled production on the Turkish original series If Only after Turkish authorities refused to approve production over the script’s inclusion of a gay character.

First announced back in March, If Only was one of six planned Netflix originals to come out of Turkey. If Only followed Reyhan, a wife and mother who’s unhappy with her life and travels back in time to the night that her husband proposed to her with her memories intact.

Turkish officials reportedly refused to give Ay Yapim, the production company helming If Only, a license to film in Turkey because one of the main characters in the show was gay. (According to the Financial Times, If Only did not depict any intimate scenes involving the gay character.)

“Due to a gay character, permission to film the series was not granted and this is very frightening for the future,” If Only’s writer Ece Yörenç told Turkish site Altyazi Fasikul (which was translated by the Financial Times).

Instead of removing the character from the script or censoring it, Netflix instead canceled the series while paying the cost of pre-production. The other five Turkish Netflix original shows are still moving forward.

“Netflix remains deeply committed to our Turkish members and the creative community in Turkey. We are proud of the incredible talent we work with,” a Netflix spokesperson told Variety. “We currently have several Turkish originals in production — with more to come — and look forward to sharing these stories with our members all around the world.”

It’s not the first time that Netflix has faced censorship pressure in countries with strict regulations about what can and can’t be shown in media, and it hasn’t always stood behind the shows it makes. Netflix pulled an episode of Patriot Act in Saudi Arabia that criticized Crown Prince Mohammed bin Salman and his role in the death of Jamal Khashoggi. It was a move that Netflix CEO Reed Hastings ultimately defended, noting that Netflix was “not in the news business.”