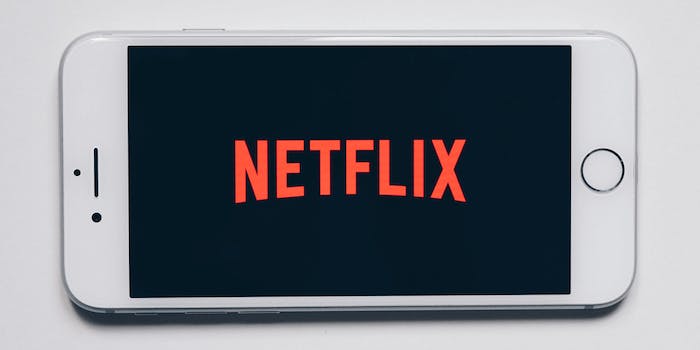 The account went viral for having a better 2020 movie slate than the real Netflix.

A popular Twitter account that poked fun at Netflix was suspended on Saturday, just 24 hours after it was created.

The parody sprung up on Friday in response to a tweet thread from the official “Netflix Film” account announcing some of the movies coming to the platform in 2020.

Another year of movies is ahead of us! We’ve mentioned a lot of these films already, but here’s a handy list of all the films coming to Netflix this year…so far. (thread)

The list includes serious films such as Da 5 Bloods by famed director Spike Lee as well as comedic endeavors like Eurovision, starring actors Will Ferrell and Rachel McAdams.

EUROVISION: When aspiring musicians Lars (Will Ferrell) and Sigrit (Rachel McAdams) are given the opportunity of a lifetime to represent their country at the world’s biggest song competition, they finally have a chance to prove that any dream is a dream worth fighting for.

The thread’s popularity led musician and Twitter user Al Shipley to create a list of upcoming films of his own, each more ridiculous than the last.

Speaking with the Daily Dot, Shipley stated that he created a page identical to the Netflix Film account late Friday evening and quickly began tweeting.

“It was really more an excuse to write jokes than a prank,” Shipley said.

The fictitious films ranged from Vapor Gangsters, in which Seth Rogen and Danny McBride “lead the militant vape resistance” against President Donald Trump’s ban on vaping, to Cool Beans, the story of Shia LeBeouf and Macaulay Culkin attempting to rob a Starbucks inside a Las Vegas casino.

damn, took less than 24 hours for @NetflixFlims to get deleted. i had fun with it while it lasted. pic.twitter.com/g5pqlajSFs

i think this is all of them that i got to post pic.twitter.com/mwYa2wT1au

The parody account racked up hundreds of retweets and thousands of likes, but, as with all good things, it came to a sudden end.

Shipley says the account was removed without warning on Saturday evening, no more than 24 hours after his first tweet.

A Twitter spokesperson told the Daily Dot the account was suspended for violating the site’s policy on impersonation. Although parody accounts are allowed, their bios must “clearly indicate that the user is not affiliated with the subject of the account.”

Shipley isn’t too concerned though, noting that he really isn’t “about that parody account life.”

“Trying to keep that one concept fresh every day seems exhausting, though I probably would’ve tried,” Shipley said. “So I’m ok with letting it be a fun one-day thing.”

Unfortunately for everyone else, Vapor Gangsters and Cool Beans will almost certainly never become a reality.