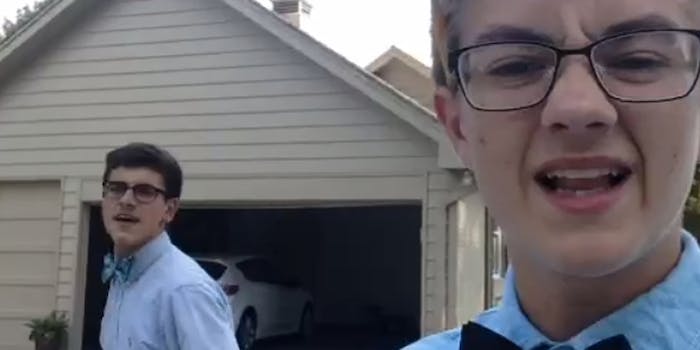 Bowties are the new bandanas.

Vine is the best thing to happen to online comedy in 2013, forcing creators to tell a whole story—from setup to punchline—in just six seconds.

And, ladies and gentlemen, Jack and Jack have mastered the art. The Vine duo’s strongest video yet, “Eric and Winston: The Nerd Vandals,” lit up Facebook this week to the tune of 500,000 likes.

If you spend six seconds watching a video this weekend, make it this one:

Screengrab via Jack and Jack/Vine