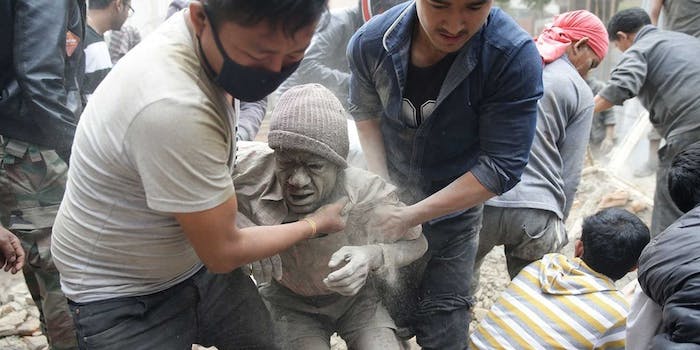 Hundreds are suspected dead after the 7.8 magnitude quake.

Hundreds are suspected dead after a 7.8 magnitude earthquake struck the heart of Nepal on Saturday morning. Large swaths of the center of Katmandu, the country’s capital, have been destroyed. An avalanche struck Mount Everest.

This is the worst earthquake to hit Nepal in over 80 years. An estimated 6.6 million people have been affected.

The moment the quake struck was captured on video by terrified Nepalese.

Reports from Everest are still coming in but the very strong quake triggered multiple avalanches in areas where climbers frequent.