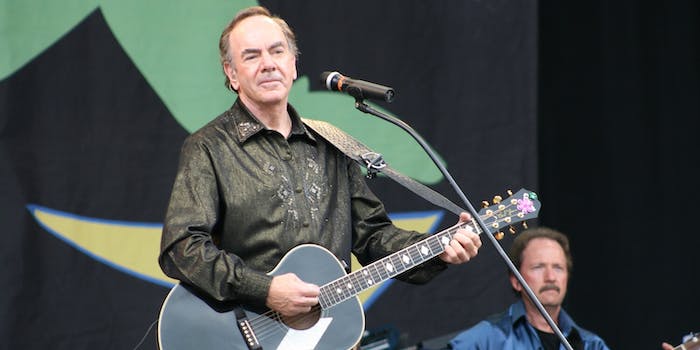 In times of crisis, we often look to celebrities to speak up on our behalf and quell our communal discontent. Normally, they fail miserably, making hokey, self-serving gestures.

But sometimes, their actions are both humble and entertaining enough to briefly distract us from our present realities.

It’s as catchy a PSA as you’ll hear anywhere.

It’s also a riff on a tweet that went viral after the outbreak began, imagining Diamond singing to the Centers for Disease Control.

But the original version of “Sweet Caroline” is also eerily prescient. The first verse, which apparently pertains to young love, applies almost perfectly to the spread of coronavirus:

Where it began, I can’t begin to knowing

But then I know it’s growing strong

Was in the spring

And spring became the summer

Who’d have believed you’d come along?

Was Neil Diamond actually a prophet of the end times? Or was he just a master of writing timeless pop songs that sound appropriate in a variety of contexts? Your guess is as good as mine. For now, we might as well just enjoy Diamond’s unassuming safety reminder and thank our lucky stars he’s not covering “Imagine” a cappella.