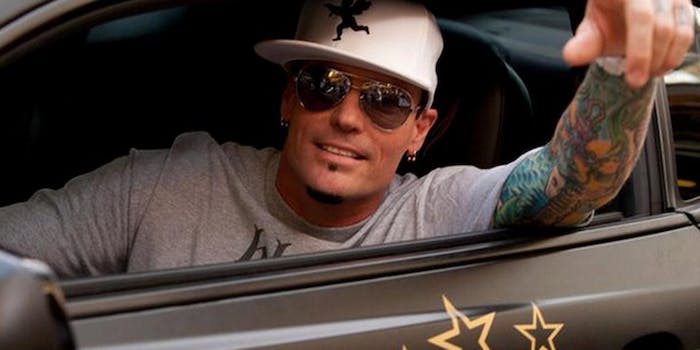 Is there really such a difference between 'Under Pressure" and 'Ice Ice Baby?'

Ric Bucher tried his best, attempting to meld sports reporting and music observing into one tweet that quickly was exposed as oblivious. See if you can figure out why, because soon after his tweet was sent, Bleacher Report’s senior NBA writer predictably found himself roasted on Twitter.

Warriors practicing right now with Vanilla Ice's "Under Pressure" blaring. The kind of subtle joke that has come to define them.

See if you can spot the difference between Vanilla Ice and Queen/David Bowie.

It somehow seems that Bucher missed out on one song or the other, and his peers were quick to let him know.

Next Beck-Bucher debate: Vanilla Ice vs. Bowie/Queen. You get Ice.

At first, Ice might have appreciated Bucher’s analysis, since initially, here fused to admit the blatant obviousness of the track’s origins.

Ice later took back these statements when he discovered that other human beings were also blessed with the gift of hearing.

Bucher’s take, however, is curious, given that he was about 30 years old at the time of the song’s release and subsequent heyday. Unless he was purposefully ignoring the catchy, oft-drunkenly recited lyrics, there’s zero chance you could call “Ice Ice Baby” a “cover” of any sort, just as Hammer’s “U Can’t Touch This” clearly isn’t a cover of Rick James’ “Superfreak.”

Bucher tried to justify his ignorance:

My bad: hearing it through a wall. Sounded like Ice. Assumed he did a cover. Again, glad I gave you all reason to crow. Good for the soul.

But then, he later confirmed that he was, in fact, hearing the original. He actually asked the Warriors for confirmation.

Confirmation from Ws: they played the original "Under Pressure." No cover/theft/whatevs. Point of original tweet stands. Thanks for playing.

And then he owned up to his mistake, if passive-aggressively:

Those suggesting I delete the original tweet: nah. I own my mistakes. I made one. Based on the reaction, most never have. Cool.

But, it was all too late. All of this had happened.

i mean if that were the deal then okay

do you mean every breath you take

The Warriors and Thunder are currently tied at one game apiece, as they transition from the Bay to Oklahoma City. Game 3 is Sunday at 7pm ET. Hopefully, Smash Mouth (and its own clunky cover of “Under Pressure”) is nowhere nearby.