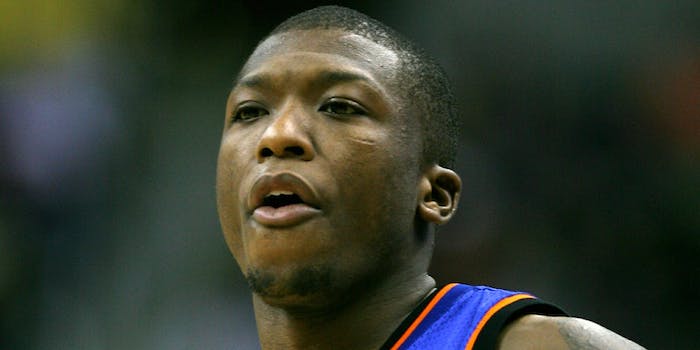 NBA star shows off his crossover at the airport, hilarity ensues

Watch Nate Robinson fake out travelers at a Portguese airport.

While NBA stars like LeBron James have spent the offseason partying with celebs at the taxpayers’ expense, Denver Nuggets point guard Nate Robinson has been busy putting on a basketball clinic at a Portuguese airport.

The 5’ 9” Robinson, a three-time NBA Dunk Contest champion, uploaded an Instagram video of himself dribbling in between passengers Tuesday. Robinson is participating in the NBA’s Basketball Without Borders program that strives to promote the sport around the world.

“The best of the bunch (because they were all so tremendous) was the last middle-aged woman who attempted to strip the ball away from the former dunk champion,” Dime Magazine’s Tyler Tynes reported. “But picture rushing to catch your next flight, or to use the bathroom, or to finally have that first cigarette, and the blur of Nate Robinson flashes by you, stopping you in your tracks. “