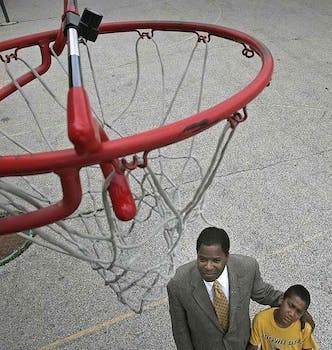 The NBA season will be delayed for two weeks and people are not happy about it. At all. Read their tweets.

For the first time in the last 13 years, the NBA has cancelled part of its season.

On Twitter and Tumblr basketball fans, and players, voiced their sadness after NBA Commissioner David Stern announced Monday night that the first two weeks of the 2011-12 regular season would be canceled.

The cancellation comes after weeks of negotiations between the players union and management over salary cap issues and basketball related income.

Stern has been a top trending topic on Twitter since about 10 p.m. ET Monday and has been mentioned more than 15,000 times, according to Topsy, a social media search engine.

Thousands of people called for Stern to be fired while basketball stars like Carmelo Anthony and Lebron James expressed their sympathies for the fans and NBA employees affected by the cancellation.

“I wanna sincerely say sorry to all the fans! It’s a sad day for all of us, especially u guys! There’s no US w/o You. #loveuguys,” tweeted James, of the Miami Heat.

“I just wanna apologize to all the fans for this lockout,” tweeted Anthony, of the New York Knicks. “Trust me, I feel y’all pain. This shit sucks.”

Players union president Derek Fisher, who plays for the Los Angeles Lakers, is urging players to use social media to reach out to fans for support. Fisher called the effort the “Let Us Play” campaign.

“I will also be using the hash tag #StandUnited after all my messages until this lockout is over,” wrote Fisher in a letter to all NBA players, according to Sports Illustrated. “We invite you each to do the same. To show our unity and to remind the fans that this is not our choice and we would like to go back to work and play the game they love to support.”

The hashtag #standunited has been tweeted more than 4,000 times since about 2 p.m. ET Monday, according to Topsy.

“It’s not just shitty for fans and whatever,” blogged Jen. “Stores/restaurants/etc. are losing business around the stadiums, people that work for the organizations are out of jobs until the season starts, this is a huge mess.”