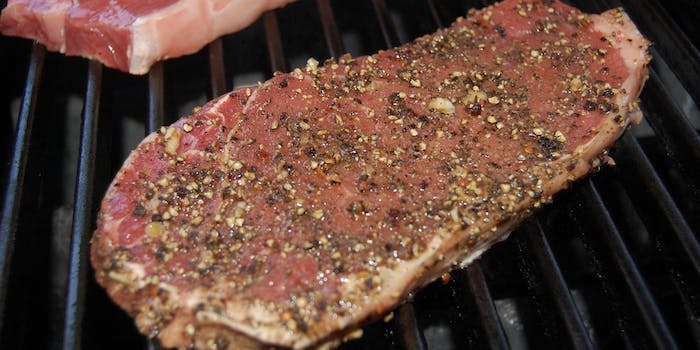 White House petition fires up for a National Steak Day

The White House petitions site “We the People” has some real gems. Included amongst requests to deport Justin Bieber, and build a Death Star is a proposal all meat- and freedom-loving Americans can get behind: National Steak Day.

As the petition points out, there’s already a National Shrimp Day, a National Hoagie Day, and a National Orange Popsicle Day, all of which take place in May. “So why, in the same month that calls itself National Beef Month,” the petition asks, “is there no National Steak Day?”

“We’d like to change that by cooking up a revolution to declare May 31 ‘National Steak Day,’ the petition reads. “Because our great nation invented the hamburger, the corn dog, and buffalo wings. Isn’t it about time we gave steak the recognition it deserves?”

The National Steak Day petition wasn’t just created by some random beef-loving Americans. In fact, according to the Patriot News, the Pennsylvania restaurant chain Hoss’s Steak and Sea House is behind the petition. Speaking to Patriot News, David Shoffner, Hoss’s spokesman said, “If it gets in front of the White House and becomes a nationally recognized holiday, that would great.”

The petition to President Obama is apparently being promoted in the chain’s restaurants alongside a celebration called “Merry Steakmas.”

For the Obama administration to respond to the National Steak Day plea, the petition needs to receive 100,000 signatures by the end of the month. So far, sadly, it has fewer than 600.