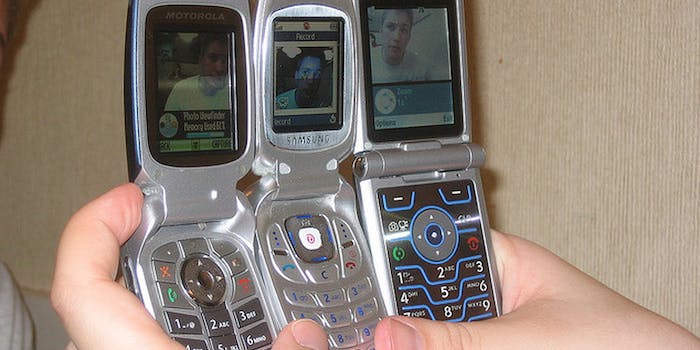 The event, inspired by the Jewish tradition of Shabbat, encourages people to quit the Internet for a day and reconnect with their IRL communities.

Started in 2010, the holiday encourages people to take a break from technology by turning off all of their devices for a period of 24 hours.

“We increasingly miss out on the important moments of our lives as we pass the hours with our noses buried in our iPhones and Blackberry’s [sic],” the event’s  about us page says, “chronicling our every move through Facebook and Twitter and shielding ourselves from the outside world with the bubble of ‘silence’ that our earphones create.”

The purpose of the unplugging is to encourage people to “start living a different life.” What does this entail? “[Connecting] with the people in your street, neighborhood and city, [having] an uninterrupted meal or [reading] a book to your child.”

The National Day of Unplugging is an offshoot of The Sabbath Manifesto, a “creative project” started by the Jewish, New York-based non-profit Reboot that aims “to slow down lives in an increasingly hectic world.” One accomplishes this by following a 10-item list that instructs people to do things like avoiding commerce, lighting candles, connecting with love ones, drinking wine, and eating bread. Essentially, its asking people to observe Shabbat, the Jewish day of rest.

Interestingly enough, Reboot is asking those participating in this year’s National Day of Unplugging to share a picture of themselves holding a sign that details what they’ll do instead of being on their phones or computers on various social media platforms, the very same platforms they’re encouraging people to step away from.

Like most things on the Internet, The National Day of Unplugging is not without its detractors. Caleb Garling of SFGate notes in a blog post that holidays such as these don’t actually do much good, because they’re not establishing a habit.

“Asking everyone to take a day to unplug to bring balance back into our lives is like having a National Go For A Jog Day to get everyone back into shape,” Garling argues. “Everyone’s better off if we get everyone into a jogging routine, or a daily awareness to disengage from the wires.”

Tanya Shevitz, Communications Coordinator for Reboot, did not return a request for comment.