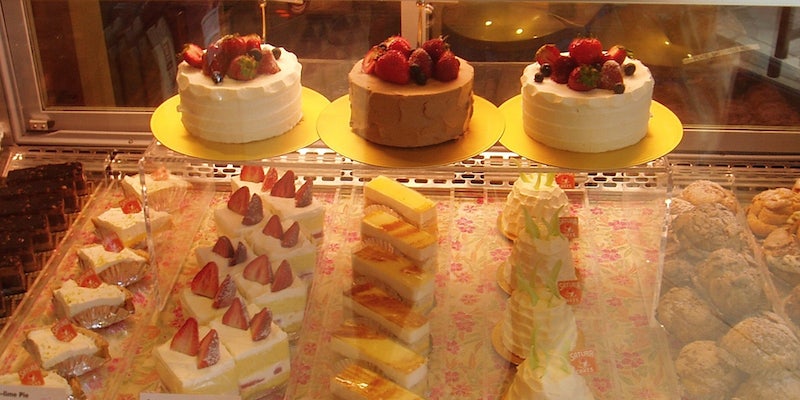 From 'Portal' to cakebarring, the Internet has a long history with this confectionary creation.

Every Nov. 26, society puts aside its petty differences and comes together to mark one of humanity’s greatest achievements: cake.

Well, diabetics probably don’t join in. But everyone else does.

Cake is one of the Internet’s most-beloved foods, second only to bacon. We have sliced through your favorite sites and memes to serve you a comprehensive list of the ways online communities have celebrated this timeless confectionary.

Each time the anniversary of your first-ever Reddit login rolls around, it is officially referred to as your “cake day.” A small slice of cake appears next to your username for 24 straight hours and, supposedly, your fellow redditors are obliged to pump up your karma points by upvoting any links you submit and any comments you make.

In August 2011, the subreddit r/cakeday was created, encouraging celebrators to post any content they want for karma.

One of the Internet’s most popular catchphrases traces its roots to the video game Portal. The phrase is scrawled on a wall in the game, alerting players suffering through a series of tests and experiments at the hands of GlaDOS that their sugary motivation is, indeed, an empty promise.

Internet users quickly adopted the game detail to describe non-Portal-related tasks that did not deliver on the ultimate promise. 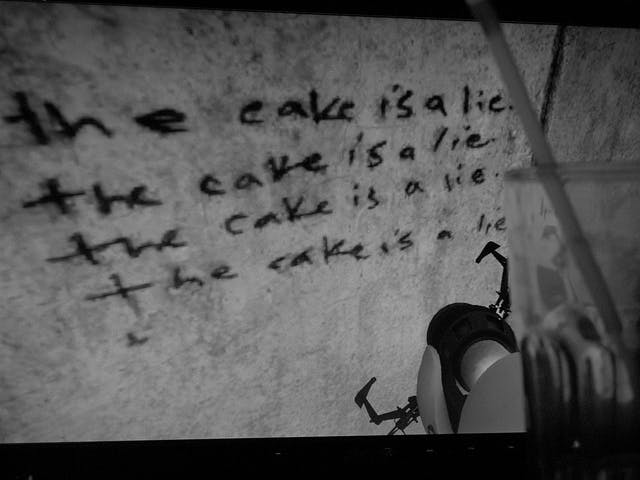 The cake of Portal also spawned the meme “Get the Cake” (or “Get the Delicious Cake”). Internet users created several images of performing ridiculously dangerous tasks to get the “delicious cake,” mimicking the in-game commands. 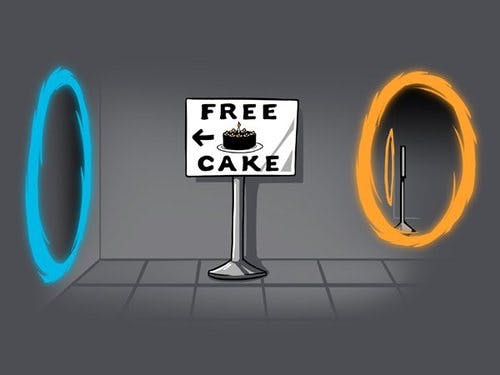 In the 2000 film The Family Man, Nicolas Cage‘s character returns home wanting a piece of cake, only to discover that his wife, played by Téa Leoni, is already scarfing it down. This leads to a playful exchange that ends with Leoni smashing the piece into Cage’s face.

Let’s face it: Sometimes the only thing that can make “I’m sorry” stick is a whole cake.

First appearing in a Homestar Runner cartoon, real-life apology cakes began circulating around the Internet thanks not only to social media sites, but also blogs such as Cake Wrecks.

Speaking of apology cakes, I think the Brothers Chaps owe us several apology cakes for the lack of updates to Homestar Runner. 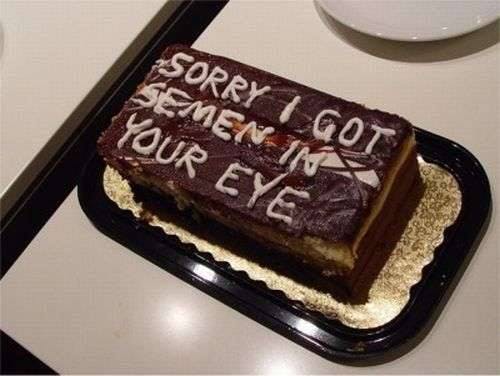 Cake is common for departing co-workers. One employee, however, introduced the cake a little early: He wrote his resignation letter on it.

Flickr user Neil Berrett exploded on the Internet after handing in his resignation—on a sheet cake. Hopefully, in this instance, Berrett really did eat his words. 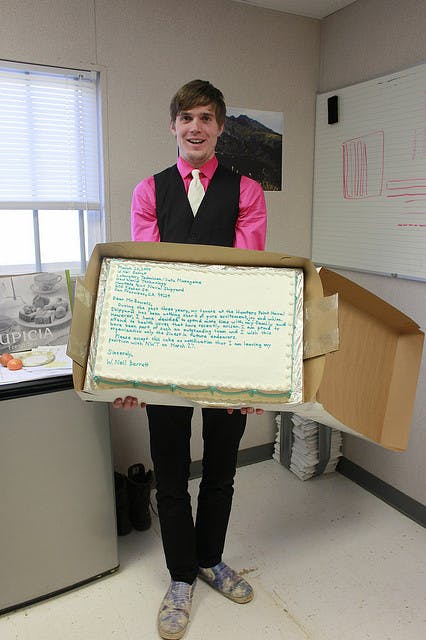 Stansted Airport employee Chris Holmes took a similar tack when quitting his job this past spring, but his story had an extra layer of icing on top: He left to open his own catering business.

When a couple ties the knot, one of the centerpieces of the wedding ceremony is the elaborate, multi-tiered cake. So why shouldn’t the beginning of a relationship feature the same thing?

To date, her efforts have been unsuccessful, but we’re sure she’s made plenty of people happy—and full—along the way. 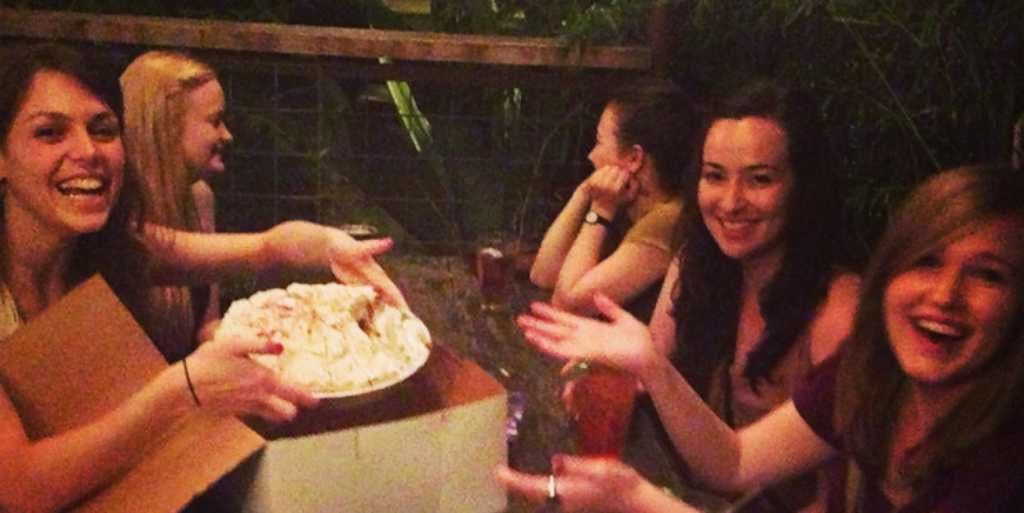 Photo via Audrey Shulman/Sitting in Bars With Cake