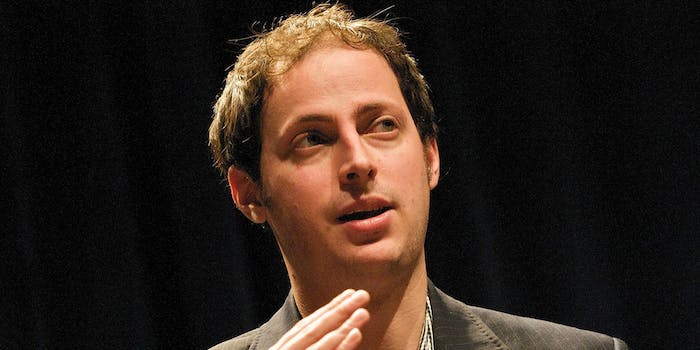 Nate Silver is a media golden boy. So why do some Silver's biggest supporters hate his new website?

Nate Silver, the political media’s darling boy genius back during the 2012 presidential cycle, finally launched his new website (in partnership with ESPN) last week—and the reviews have been less than stellar.

For the record, I think it’s a good idea and that a website devoted to bringing the beacon of statistical insight to the dark world of political punditry and sports “analysis” is a good thing. And while I think some of their stuff is a little goofy when it comes to a site supposedly devoted to hard hitting statistical analysis (“You Just Had Sex, So How Many Calories Did You Burn?”), my response is to just skip those and move on to the more interesting stuff.

But then again some of Silver’s biggest fans seem downright disappointed with his new project. Liberal New York Times columnist Paul Krugman, who was a big supporter of Silver in the past, has been highly critical, calling it “something between a disappointment and a disaster.” Libertarian blogger and economist at George Mason University Tyler Cowen agreed, “I have long been a fan of Nate Silver, but so far I don’t think this is working.”

At the same time, other people have criticized some of FiveThirtyEight’s organizational decisions and coverage of important issues. Emily Bell of The Guardian criticized what she sees as a lack of diversity in the staff at FiveThirtyEight and in other soon-to-be-launched journalism projects (like Ezra Klein’s Vox). While Think Progress has pointed out that far from hiring an independent expert to cover climate issues, Silver chose Roger Pielke Jr., a highly controversial political scientist with a long history of minimizing the threat of climate change and butting heads with climate scientists.

So what went wrong here?

Well, part of it is just the nature of the beast. Big websites are hard things to launch and tend to start out with lots of problems and improve with time (as anyone following The Good Men Project over the years can attest to). Secondly, the political economy of reviewing things online tend to reward biting criticism far more than bland praise. So people tend write about what they think is wrong and don’t like rather than what they think is great or works well.

Then again some of it is clearly Nate Silver’s fault. If you promise a revolution in the news media for over a year, you better deliver one or everyone is going to be let down. Since revolutions in the news media never happen overnight it’s probably smarter in the long run to set realistic expectations.

But it also seems likely that Silver learned some of these lessons from the 2012 presidential race when he, and a lot of other numbers-based prediction websites, were right and a whole lot of (conservative) pundits were wrong.

As Paul Krugman points out, that’s all well and good for making fun of George Will, but that doesn’t mean experts in every field are totally wrong also. Krugman said, “Basically, it looks as if Silver is working from the premise that the supposed experts in every field are just like the political analysts at Politico, and that there is no real expertise he needs to take on board.”

At the very least some of Silver’s gang could use some basic background at times. Just take a look at this cringe-worthy piece pondering why the recent election in Crimea didn’t follow the polls. Elections aren’t exactly fair in authoritarian societies under military occupation? Who’d a thunk it!

This sort of criticism is not just limited to the points Krugman made either. As Ryan Cooper suggested in a brilliant piece over at The Week, “Silver is ignoring one of the hardest-won journalistic lessons of the last decade—there is no such thing as ideology-free journalism.” Which I think is exactly right, or to put it another way: focusing on being an ideology-free journalist is itself an ideology.

At the end of the day I think FiveThirtyEight will turn out just fine and fix these problems. But on the other hand Silver might have greatly overestimated the market for his number-crunching nerdery. As Mother Jones‘ Kevin Drum pointed out after its first day, it’s just not clear that Silver’s theory of news is very helpful outside of a few narrow areas. As he put it:

My basic take is that Silver’s data-driven approach to journalism works well with subjects that satisfy two criteria:

1. They lend themselves to analysis via number crunching.

2. They are currently underserved by serious number crunchers.

Both sports and poll aggregation fit this model, and Silver made a reputation with both of them. But they’re the exceptions, not the rule. Economics? It doesn’t satisfy #2. Science? Ditto. “Life?” That’s a pretty broad category, but I suspect it mostly fails #1.

I hope the site works out in the end. But then again it might turn out to be a project that’s fun during the election season and March Madness, but not too relevant outside of it.

John Anderson is a former student of political science and political professional who worked on a variety of campaigns in the Midwest and on the East Coast. He currently lives in Minneapolis where everyone is friendly and there are lots of lakes. He blogs at longwalkdownlyndale. This piece was originally posted on The Good Men Project and republished with permission.