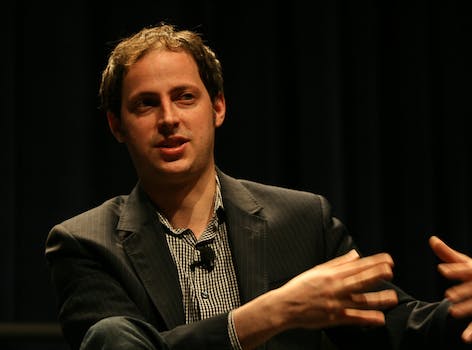 Nate Silver, creator of the statistics-heavy Five Thirty Eight blog at The New York Times, reveals how he learned statistics from fantasy baseball in this Reddit AMA.

Nate Silver, creator of the statistics-heavy Five Thirty Eight blog at The New York Times, is often called a wizard who can accomplish amazing things while drunk. In addition to predicting the 2008, 2010, and 2012 elections with stunning accuracy, Silver has long cemented his place as a baseball numbers guru, and often peppers his blog posts with creative number crunching.

One foray he hadn’t yet entered into, though, was Reddit. He remedied that Tuesday, inviting users to Ask Him Anything—especially about how statistics can help us understand voting, steroids keeping players out of the Baseball Hall of Fame, gay marriage, and guns.

What software do you use to analyze your data? (tab1901)

I use Stata for anything hardcore and Excel for the rest.

Do you believe the theory that Anonymous stopped Karl Rove from stealing the election via hacking electronic voting machines? (cpresc12)

Your ability to predict election outcomes has lead to your work moving election betting markets… have you ever been tempted to profit via these markets? (willjsm)

Tempted, yes, but sometimes resisting temptation is a good thing.

As an Econ major, how did you gain your statistics background? (derekw518)

Mostly from trying to win my fantasy baseball league and my NCAA tournament pool.

How would you fix baseball Hall of Fame voting? (MrDNL)

I’d probably lower the threshold for players getting dropped from the ballot, from 5 percent to 2 percent or so, or have some sort of a sliding scale where the threshold depends on how many times a player’s name has appeared. It now seems plausible that Alan Trammell will eventually get in, for example, and it’s a little weird that Lou Whitaker got dropped from the ballot years ago when he might otherwise be gathering some support along with Trammell right now.

Which do you find more frustrating to analyze, politics or sports? (doogie92)

Politics. I don’t think its close. Between the pundits and the partisans, you’re dealing with a lot of very delusional people. And sports provides for much more frequent reality checks. If you were touting how awesome Notre Dame was, for example*, you got very much slapped back into reality last night. In politics, you can go on being delusional for years at a time.

Full disclosure: I said in a NYT video yesterday that I’d bet Notre Dame against the spread.

Do you think most of the popular news sources (cable, network, newspapers) intentionally overlooked the data analysis from you and those like you in order to hype up the 2012 election? (sghallmark)

News organizations tend to have incentives to “root for the story”. Part of what were were saying for much of the campaign—both at different stages of the general election and perhaps even more emphatically in the end-stage of the primary when Romney pretty much had things wrapped up — is that the outcome had become fairly certain. So that creates a bit of a culture clash.

What’s been the strangest experience you’ve had due to your sudden fame? (sharilynj)

When I was in Mexico last week, I got recognized at the top of the Sun Pyramid at Teotihuacan, which I’m pretty sure really is a sign of the Apocalypse.

can you prove whether gun control would make America safer? (grecojc)

It’s a tricky problem, statistically. The issue is that while gun ownership rates could plausibly be a cause of fatal crimes and accidents, it can also be a reaction to it, i.e. people purchase guns because they feel unsafe.

I’m not saying that the issue is intrinsically inscrutable. But it’s something that more requires a PhD-thesis-level treatment than a blog post to really add much insight, I think.