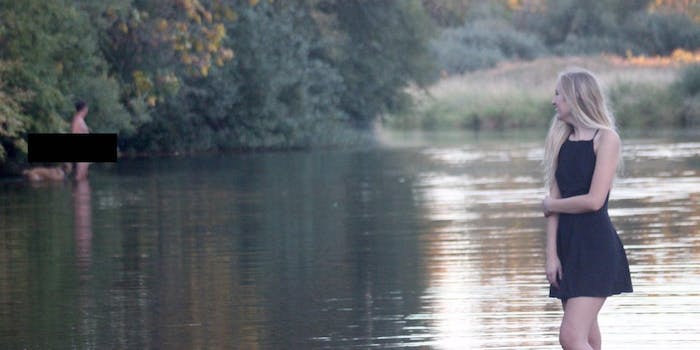 Senior portraits are an opportunity for teens to capture their youthful essence as they transition into adulthood. Some youngsters have fun with their pictures by, for example, staging the photo shoot at Taco Bell.

Others go the more traditional route: posing in a stream with a naked dude walking his dog on the opposite side. Just ask Jillian Henry.

OK, so the man in the buff doesn’t look exactly planned. She seems pretty surprised about the extra man meat in her portraits. Henry posted the pictures on Twitter, where they’ve racked up thousands of likes and retweets. You’ll have to click on the pics to see the nude photobomber.

It might have been unexpected, but at least Henry loves how they turned out. That’s all that matters, right?