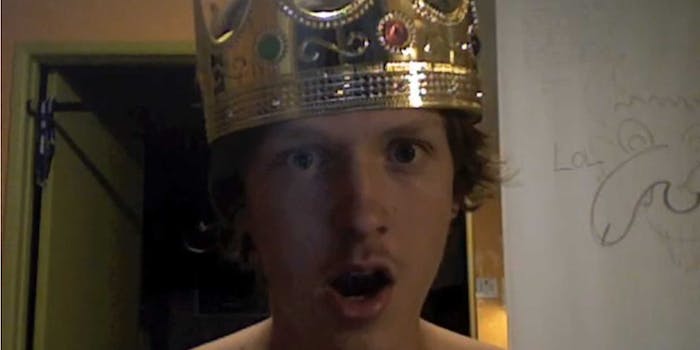 Yelling myths at the Internet

The best way to learn about mythology is by going to college or watching movies like Thor and Troy, right? Wrong. For the past few years, Myths RETOLD has been sharing the world’s oldest stories using a kind of caps-locked slam poetry. Or as the site’s author Cory O’Brien puts it, “Yelling myths at the internet.”

With titles like “Charlemagne is Heteroflexible” and “Daedalus is a Way Bigger Asshole Than You Suspected,” Myths RETOLD takes on everything from Aesop’s Fables to the Zoroastrians. The thing about most ancient myths is that they lend themselves really well to this kind of crude and funny, rap/poetry style. They have timeless themes: murder, incest, dick jokes, and bearded men dressing in drag to marry an ice giant and steal back their magical hammer. (Spoiler alert: That one didn’t make it into the Thor movie.)

For O’Brien, this passion for mythology recently resulted in a book deal. Zeus Grants Stupid Wishes: A No-Bullshit Guide to World Mythology came out earlier this year, featuring an intriguing selection of (awesomely genuine) myths that you’ve probably only heard in their cleaned-up, child-friendly versions. The book’s blurb is in iteself an eye-opener:

Curious about this one-man crusade to educate the world on classic mythology, we contacted Cory O’Brien for a chat.

Daily Dot: What made you start yelling myths at the Internet?

Academia has done an almost irreparable amount of damage to these stories, because they are fun vampires. I do not mean that they are vampires who are good at parties. I mean they are vampires who feast on fun, draining every last ounce of it from their unsuspecting prey. I don’t know what they do with all the fun they slurp up, because they sure aren’t having any. I will admit that many of the stories I knew when I started the site came from my time as an English major. But many more of them came from my Dad’s theater company, We Tell Stories, and there was nothing academic about that band of parti-colored California hippies. 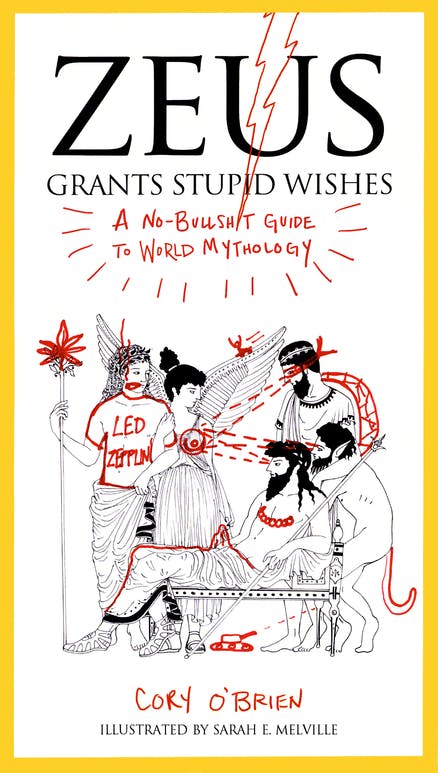 DD: Can you tell us a little about the book? Is it mostly myths from your website, or is there some prose in there as well?

CO: It’s basically all myths (from 11 different cultures, give or take), but about a third of them are unique to the book. The ones that carry over from my website have been skillfully edited. The jokes are funnier, the morals are cleverer, and the myths as a whole are snappier. (Also the grammar is a little better.) Plus, there are beautiful illustrations (by the illustrious Sarah E. Melville), which I have ruined with a sharpie.

DD: Do you ever get the impression that people are misunderstanding Myths RETOLD?

CO: I don’t really believe in misunderstandings. If someone doesn’t understand what I’m trying to do, that means I’m not communicating effectively. The whole point of Myths RETOLD is to tell these stories in a way that everybody can understand, so we can enjoy them the way our ancestors did. I know that’s not what you’re getting at. You want to know if people have been offended by my flippant approach to their/other people’s religions. I’ve been cautioned against steamrolling indigenous traditions a couple of times, but always in a polite and highly informative way. I can think of one instance where an enraged Christian went off on my version of the Book of Job, but that guy was a real live crazy person, so I didn’t lose a lot of sleep over it.

DD: Are you a lot like Myths RETOLD in real life? I’m imagining a guy in a plastic crown challenging a subway ticket machine to a duel because he didn’t have the correct change, maybe.

CO: I don’t usually wear a crown, but I also don’t wear shoes. I get into more arguments with the subway security guards than with the ticket machines, but that’s only because by now the machines know who’s boss.

DD: Do you have a favorite myth?