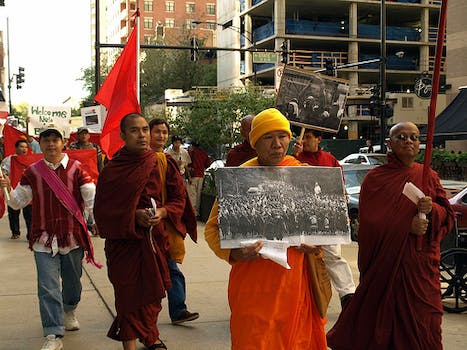 Google warned journalists working in and covering Burma (also known as Myanmar) that their Gmail accounts had been targeted in a "state-sponsored" attack.

A dozen Burma-based reporters and several others outside the country (also known as Myanmar, after a 1989 rebranding by the ruling military junta), received Gmail security alerts last week, indicating that their email accounts were hacked by “state actors,” according to a report in the Wall Street Journal.

The country has undergone a transformation from an autocratic military-ruled country to a reform-oriented government in the last couple of years, but this action has many in the country worried that the transition may be as cosmetic as that from Mubarak to the Muslim Brotherhood in Egypt.

The country was under the rule of a military junta since a coup d’état in 1962. The regime has distinguished itself by, among other acts, killing and imprisoning hundreds of monks during 2007’s “Saffron Revolution.”

At that time the country set a record by imprisoning as many as 344 bloggers, according to activists from the country. This included the well-known Burmese blogger, Nye Phone Latt, who received a 20 year sentence, later reduced to 12.

In 2011, the junta began to divest itself of much of its power in favor of a civilian government, releasing Latt and long-time political prisoner Aung San Suu Kyi, among many others.

The pop-up warnings received by the journalists are not specific to the country involved in the alleged hacking. However, the one commonality among the reporters targeted seems to be Burma.

Taj Meadows, Google spokesman, acknowledged the warnings but declined to explain how the company knew they came from a state group.

Rebecca MacKinnon, co-founder of Global Voices Online and author of “Consent of the Networked,” told the Journal, “If Google is drawing the conclusion that state-sponsored groups are involved, it might have something to do with the type of malware, some of which can only come from a government level rather than cybercriminals.”

Although this is the first time journalists associated with Burma have received these alerts, others covering China and the Middle East have seen them.

Ye Htut, spokesman for President Thein Sein, denied his government’s role in the hacking, claiming he had also received such a warning, albeit a week after the journalists had.