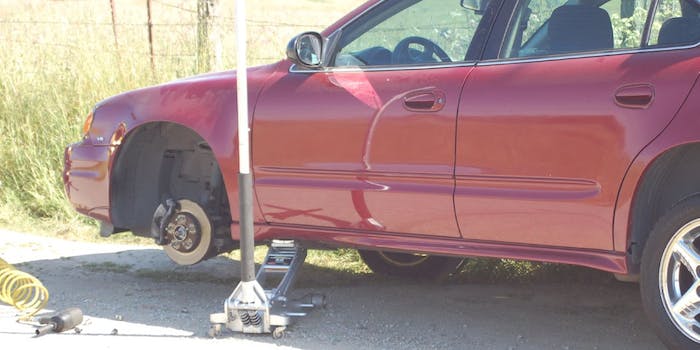 Watch a Mustang speed down the highway on just 3 wheels

No spare tire? No problem.

Usually, when one of your tires goes out, it takes you off the road until you put on the spare or get a tow. But the driver of this Mustang seems to think three wheels are enough.

Though he’s speeding on the highway seemingly without losing control, sparks are flying. It’s dangerous, for sure, but it beats waiting for the repair guy.

The biggest irony? The car manages to pass a truck full of tires.