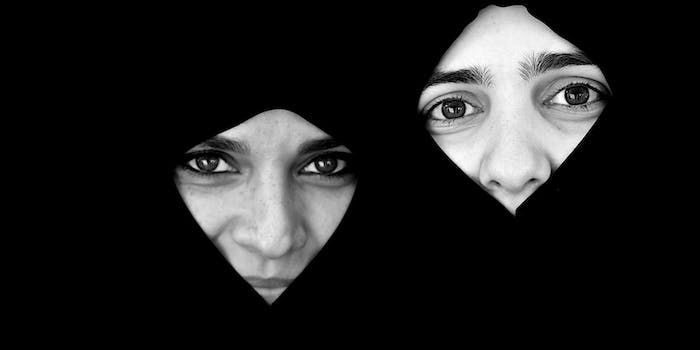 It’s time to talk about the Muslim victims of terrorism

In the aftermath of September 11, Islamophobia in the U.S. and the West became an intimate part of the public sphere. Following the Boston Marathon bombing, the attack on Parisian publication Charlie Hebdo, and the London Underground bombings, the rates of anti-Muslim hate crimes spiked dramatically. Right-wing politicians like France’s Marine Le Pen have tried to break from a history of anti-Semitism by being Islamophobic and racist instead—blaming all of the country’s problems on its Muslim immigrant population.

This is what happens when we only talk about “radical Islam” in the context of terrorism: We neglect the Muslims around the world who are themselves the victims of terrorism.

After Charlie Hebdo, Muslims around the world were asked to apologize for an attack they had nothing to do with. So why isn’t it terrorism when three Muslim students are shot dead over what was instead called a “parking dispute?” Why isn’t it terrorism when a white man enters a historically black church and kills nine churchgoers? If terrorism is the use of violence for political aims, then we need to face the reality that poor Muslims are more likely to be killed by so-called “Islamic terrorists” than those of us in the West.

On Twitter, Harry Potter author J.K. Rowling has been reminding her followers of the realities of terrorist violence—which disproportionately target Muslims. It shouldn’t take someone as influential as Rowling to start this conversation. Where is the international uproar when Pakistani schools are attacked? What about when there are suicide bombings in Afghanistan? When Boko Haram killed more than 2,000 people in Nigeria?

We are much more likely to pay attention to pay attention to terrorist attacks—whether by al-Qaeda or by ISIS—when they happen on Western soil. But according to a 2014 article in the Guardian, “The number of non-western terrorism deaths in 2013 was over 22,000.” While those deaths might become headlines or tweets, they don’t become the object of international rage. We are desensitized to that domain of violence, making innocent deaths into just another statistic.

Why isn’t it terrorism when three Muslim students are shot dead over what was instead called a “parking dispute?”

Just as it is hypocritical to present three-dimensional narratives for white shooters in the U.S. while dismissing all brown shooters as “radical Islamist terrorists,” it is nonsensical to portray attacks executed by brown people as systematic while simultaneously portraying white crime as random and inexplicable. We live in a world where #KillAllMuslims is a hashtag that is allowed to exist and not immediately condemned as hate speech—and trends worldwide on Twitter. Events like the “Draw Muhammad” contest in Garland, Texas, and publications like Charlie Hebdo are permitted to blatantly satirize and mock an entire religion.

It shouldn’t have been so necessary for Parisian Muslims to stand in solidarity with the Muslim police officer who died during the Charlie Hebdo attacks, to say “Je Suis Ahmed” in order to make it clear that Muslims were capable of fighting for their countries. But every time a terrorist attack takes place, Muslims around the world have to hold their collective breaths and hope that the perpetrator won’t associate the tragedy with Islam, even though they are the ones more likely to be victimized by terrorism than the Western countries that stigmatize them.

If we want to honor those who have died because of terrorism, then we cannot treat Western victims and survivors of terrorism as more important, or more worthy of being named, than those in other parts of the world. As Mikael Owunna wrote for Mic in January, “Reports about non-Western victims of terrorism are generally overlooked or ignored unless they fit [a] particular narrative of freedom and civilization under assault from Islamic extremism.”

We need to dismantle the system that allows this to happen, and to do that, we have to start by reassessing how we talk about terrorism.

Photo via Magdalena Roeseler/Flickr (CC BY 2.0)