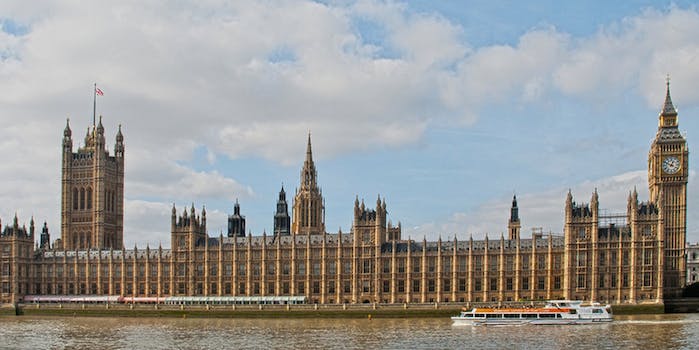 "The amendments made to Wikipedia are sickening."

When a Wikipedia page gets vandalized, it’s hardly news. But when the vandals strike using British government computers to spread anti-Islamic slurs and remove negative information about a former prime minister’s wife, that is news.

The BBC has uncovered hundreds of inappropriate Wikipedia edits, deletions, and other acts of vandalism made by computers accessing the online encyclopedia through the two known IP addresses used by government machines. The edits have provoked strong condemnation from both the British government and the non-profit organization behind Wikipedia.

“The amendments made to Wikipedia are sickening,” the U.K. Cabinet Office told the BBC in an email. “The behaviour is in complete contravention of the Civil Service Code. It is entirely unacceptable.”

One of the most incendiary acts of vandalism was made in October 2006, to the Wikipedia entry for “veil.” An unknown person wrote that, “It should be noted that the word Veil, when the letters rearraged [sic], spells evil.”

The vandal added, “Since the Veil is mostly worn by Muslims, and all Muslims are terrorists (with the argument for this being that all terrorist have been Muslim), this fact should be dually [sic] noted by all.”

The offensive comments were removed by another Wikipedia editor six minutes later and remained forgotten about until the BBC’s investigation.

Nasima Begum, a spokeswoman for the Muslim Council of Britain, told the BBC that the edits reflect the “types of attitudes that create an unnecessary climate of fear and hostility.”

The same IP addresses were also connected to changes made on the Wikipedia entry for Cherie Blair, the wife of former Prime Minister Tony Blair. In 2005, an editor deleted information involving a scandal in which the prime minister’s wife made a pair of discounted real estate investments with the help of a convicted fraudster. The BBC gave no indication that the prime minister or his wife were involved in the edits.

Other edits connected to Whitehall (the administrative center of British government in London), include the addition of homophobic slurs to the entries for celebrity chef Jamie Oliver and newspaper columnist Richard Littlejohn. Whitehall computers also reportedly made changes to the page for the 7/7 mass transit bombings in London, by inserting links to conspiracy theory sites.

All the edits originate from the same two IP address—195.92.40.49 and 62.25.106.209—which are connected to the Government Secure Intranet. It is possible to mimic an IP address, but as British news site the Independent notes, most of the controversial edits were made prior the government’s decision to publicly disclose its IP addresses in 2008.

Wikipedia vandalism is nothing new. The basic premise of Wikipedia is to create a massive online encyclopedia that anyone can edit. This open door policy means the site will never be free of pranksters and vandals, according to Stevie Benton of Wikimedia U.K.

“Wikipedia is the encyclopaedia that anyone can edit,” Benton told the BBC. “This openness has led to an enormous reference work of great value. While vandalism does occasionally happen we are grateful to the many thousands of volunteers who write, edit and organise the content.”

The British Cabinet Office has promised a thorough investigation of the matter.

Photo by Berit Watkin/Flickr (CC BY 2.0)