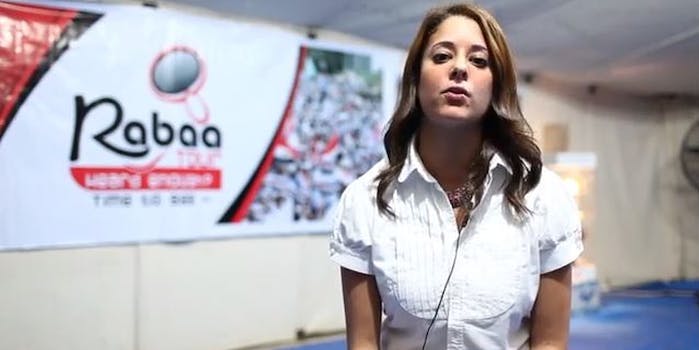 The role of social media in the Egyptian revolution can be overstated, and has. But it is fair to say the high level of Facebook and Twitter use contributed to the ability of protesters to organize and to get the word out to a global audience. Now a group of Islamists are beginning to do the same thing.

One of the criticisms of the Muslim Brotherhood, the Islamist group responsible for the election of now-deposed President Morsi, is that they had no hand in overturning the rule of Mubarak. Instead, they bided their time and when elections were declared, they were pretty much the only group in Egypt organized enough to take advantage of the short campaigning time.

As a result, the Muslim Brotherhood in particular and religious political groups in general, have come off as humorless, autocratic haters. A new group is hoping to hotwire the political process, distancing themselves from their scowling, bearded uncles by using the same social media their opponents used, but with a completely novel twist.

Rabaa Tour is using Facebook, YouTube and Twitter to advertise its “youth revolutionary initiative,” which takes the form of a free tour—of locations associated with the Rabaa sit-in, a protest against the military’s removal of Morsi from power.

Rabaa Tour, which uses the tagline, “Heard enough? Time to see,” is an “initiative by Egyptian youth participating in the Rabaa sit-in supporting legitimacy since day one and experiencing limitlessness peacefulness taking place in there on a total contrary to what’s promoted in the media about the sit-in and the protesters,” its organizers wrote on the YouTube account.

The tour provides a “chance to visit the sit-in, watch a presentation and some documentary videos about it, having a guided tour inside the sit-in, live interaction with the protesters and visits to the main places in there.”

The presenters on the group’s introductory video are a far cry from the old, spit-flecked screechers brought to you by your 6 o’clock news. They are young, clean-shaven, English-speaking and personable. And at least one of the women appears without a headcloth.

Is this just an attempt by the Islamists to present a sanitized face to the West? Perhaps, though it is hard to imagine the dour old extremists countenancing much of what they are doing.

Perhaps it is as they say, people who believe differently than the mainstream of coverage of their country wanting to give people around the world an opportunity to see things as they see it.

It seems like a reasonable measure to take in a country developing its relationship to democracy. And regardless of whether you support the Islamists or the less religiously circumscribed groups in Egypt, the assertion that Morsi was removed by the army contrary to the law is hard to argue—despite the fact that the election that brought him to power in the first place was conducted without adequate preparation, leaving only one possible winner.