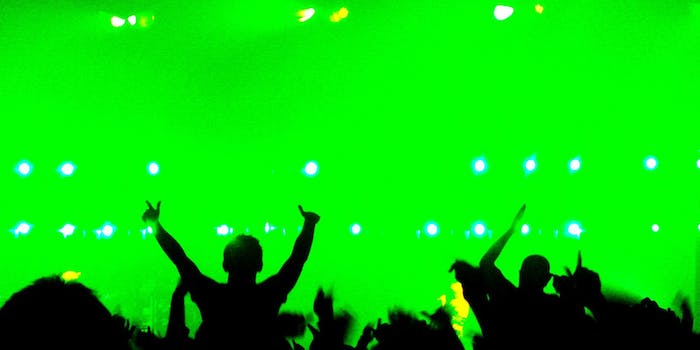 This is the best musicless music video yet

Next up: books without words.

We’ve become so inured to music videos—their pre-Internet ubiquity, their subsequent disappearance, and their triumphant renaissance in the YouTube era—that there’s little a band or director can do to shock us with the medium anymore. Really, the only thing left to do at this point is to go back and erase the music from the more canonical efforts.

Mario Wienerroither is the auteur for this movement, and this week he’s given us a video that will be hard to top: The Prodigy’s grimy dance anthem “Firestarter,” reduced to a series of awkward and creepy industrial sound effects that wouldn’t sound out of place in David Lynch’s Eraserhead. The sneezing and stomping will also appeal to students of Brechtian theater.

Wienerroither has produced two other musicless music videos in the past six months—one for Nirvana’s timeless “Smells Like Teen Spirit” and the other using Queen’s “I Want To Break Free.” His working pace may be something of a saunter, but you can’t argue with results as surreal as these. Are they social anxiety nightmares? John Waters outtakes? Both?

While Wienerroither painstakingly re-edits his source material into shorter clips, the most popular musicless music video to date is Moto2h’s full-blown gutting of Psy’s mega-hit “Gangam Style.” We consider it cheating that the actual tune drops into the mix for the final moments, but you can’t beat the toneless roar of those wind machines.

As for future works in this genre, can we suggest that someone take a scalpel to Smash Mouth’s “Walkin’ On The Sun”? The video is so unoriginal, and so without plot, that vacuuming the guitar pop out of it could make for a minimalist masterpiece. Fingers crossed!

Photo by I LovE criSpS/Flickr