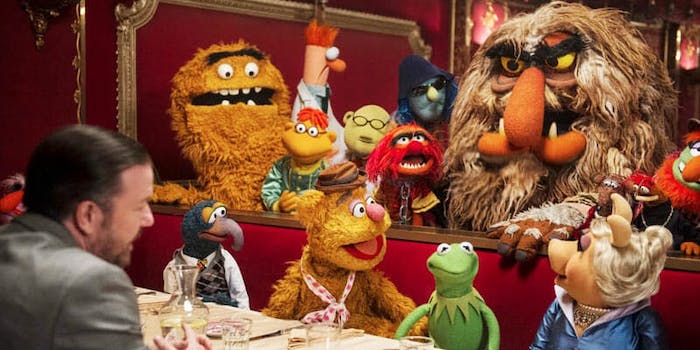 The problem with movies these days is not enough Muppets.

It’s a question as old as time: What would happen if you replaced the entire cast of a movie with Muppets—except for one cast member?

Okay, maybe not as old as time, but as old as [squints] about a month ago on Reddit. The exercise picked up steam again over the weekend, however, when Twitter user Cory Taylor posed the question in response to another tweet by the FILM CRIT HULK account.

You can replace the cast of any movie with The Muppets, but you keep one of the human actors. What movie and which human do you keep?

At face value, the question is just about as random and silly as it gets. So, in other words, basically only the most perfect viral Twitter fodder.

The Passion of the Christ – Jesus is still Jim Caviezel https://t.co/ry5r9fbZYI

Very well played, on that last one.

More than a few people also had the same idea with Tim Curry, likely due to his over-the-top persona in his heyday—much like the Muppets themselves.

There is only one answer to this, and it is Clue and Tim Curry. https://t.co/vfW4ZRwOnq

Muppet Treasure Island but keep Tim Curry. Did we do this right? https://t.co/LLUK67TXAI

Astonishingly enough, no one offered up It. But speaking of extremely Muppet-like actors, director Edgar Wright had the following idea for one of his own films.

And then there were the sadists who apparently just want to see an all-out total Muppet carnage.

Predator, with everyone replaced but the Predator. https://t.co/PjDg7fBKgS

The beauty of the game is that it works on just about any level. Silence of the Lambs but keep Anthony Hopkins? Sure! Brokeback Mountain but with Jake Gyllenhaal? The sky is really the limit.