'Help, I've been abducted by a man with split personalities!'

M. Night Shyamalan’s Split was the number one movie at the box office over the weekend, but in a surprising twist, the film about an abductor with 23 distinct personalities has also spawned a popular new meme.

The Multiple Personality Captor meme relies on the screengrab from the Split trailer:

The concept is simple: Remove the horror of James McAvoy’s character (characters?) from the picture and replace it with something else, preferably something harmless and funny, that also applies.

For example, the cartoon series Ben 10, starring a kid hero who can shapeshift into 10 different alien creatures: 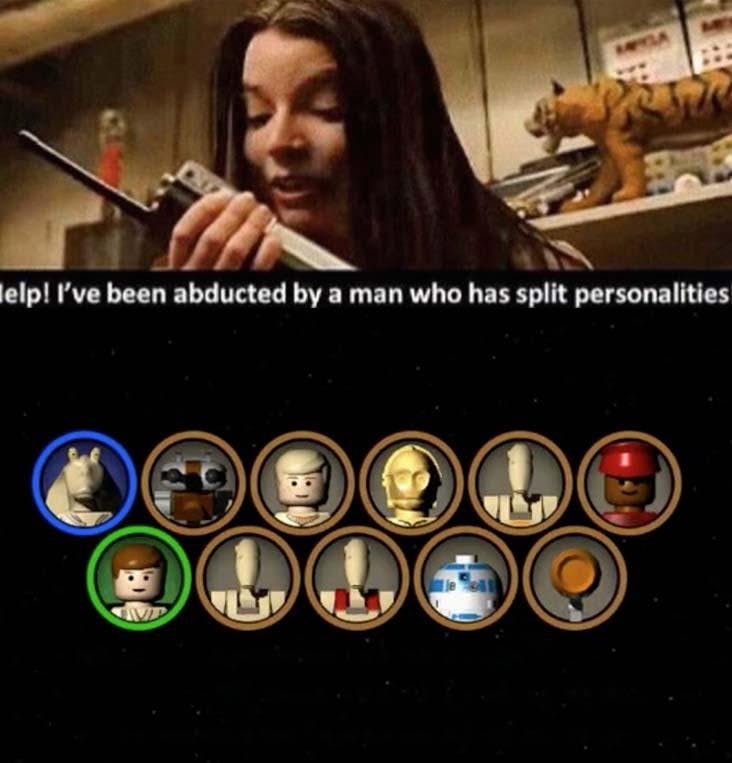 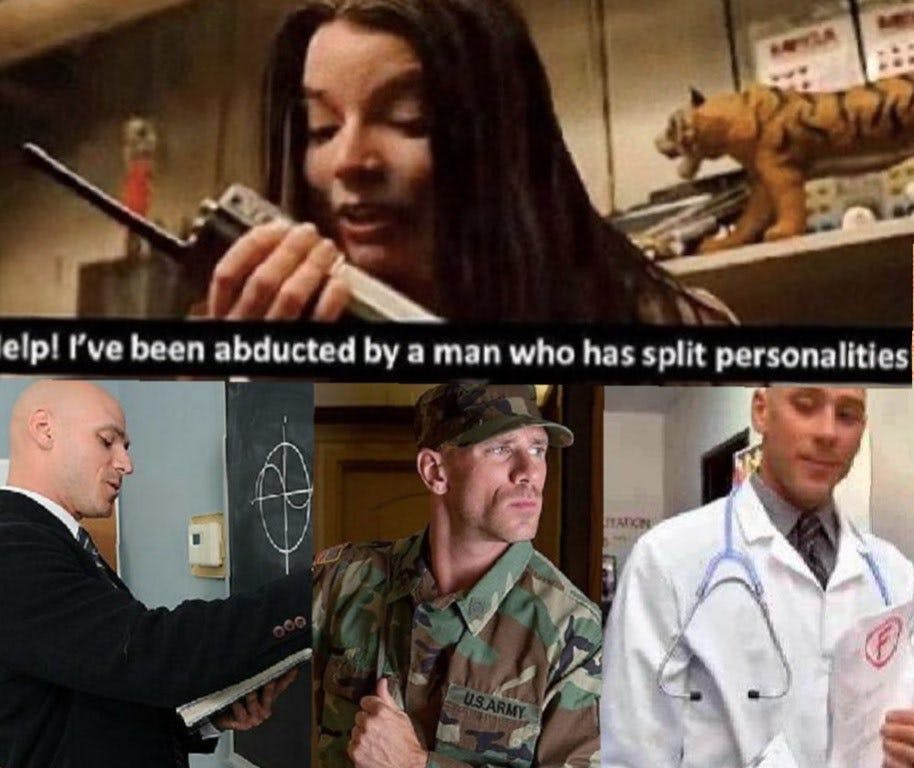 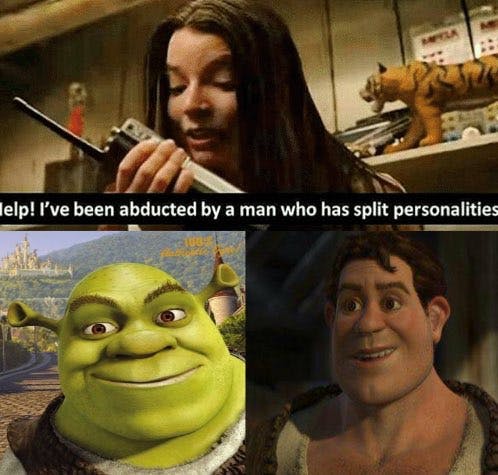 Or the Spy from Team Fortress 2, a video game about hats: 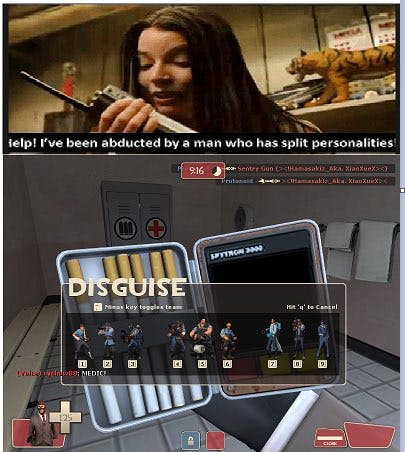 That thinking seems a little too rigid. If you widen the net on this meme, it can encompass any actor, any video game character with a bunch of alternate skins, or… I don’t know, a dog making different facial expressions? Be creative!

This meme isn’t any more accurate a depiction of dissociative identity disorder than Split itself, and it’s not meant to be taken literally. And besides, M. Night Shyamalan almost has a better record as a meme than as a director. His name is synonymous with twist endings—”directed by M. Night Shyamalan” is a common Reddit response to any kind of surprising story. “I see dead people” from his The Sixth Sense endures as a catchphrase and a snowclone.

This meme has some potential, and it should hang around at least as long as the film is popular.