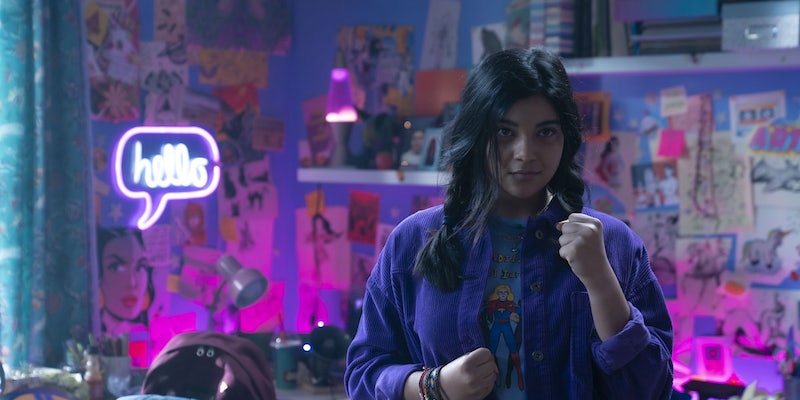 ‘Ms. Marvel’ episode 6 could change the future of the MCU

Ms. Marvel‘s first season benefited from focusing more on the title character than MCU crossovers, but the finale still concludes with some trademark Marvel Easter egg—including one scene that spells big changes for the franchise. In a game-changing update from her origin story in the comics, the finale reveals that Kamala Khan is a mutant.

Marvel fans have long wondered about how Disney will introduce mutants to the MCU, since the X-Men were previously a separate franchise owned by Fox. There was some speculation that the main Marvel universe will collide with an alternate dimension where the X-Men already exist, removing the need for fresh origin stories. But Ms. Marvel just confirmed that mutants already exist in the MCU.

The scene in question reveals that Kamala has slightly different DNA from the rest of her family. “Kamala, there’s something different in your genes,” explains Bruno. “Like a mutation.” At this point, a clip of the X-Men ’97 theme music plays in the background.

In the original Ms. Marvel comics, Kamala has superpowers because she’s an Inhuman. However, the Inhumans have a nebulous role in the MCU.

Initially introduced in Agents of S.H.I.E.L.D. (which is MCU-adjacent, but not “official” like the Disney+ shows), the Inhumans got a short-lived spinoff series in 2017—which earned appalling reviews and was quietly forgotten. Since then, the MCU has shifted away from mentioning the Inhumans, although there was a brief cameo from Black Bolt in Spider-Man: No Way Home.

This Ms. Marvel scene is obviously attracting a ton of buzz in Marvel fandom, but it doesn’t really clarify the role of mutants in the future of the MCU. It’s basically just a signal that X-Men characters will likely begin to appear soon.

Right now, the most interesting detail is that the political divide between mutants and baseline humans just doesn’t exist in the MCU. When Kamala finds out about her genetic mutation, this revelation has no cultural relevance. She just shrugs it off. But if Disney wants to deliver anything resembling the X-Men comics, then the franchise will have to introduce the idea of mutants being a specific community that faces oppression from human authorities. And that will require a major sociopolitical shake-up in the MCU’s worldbuilding.