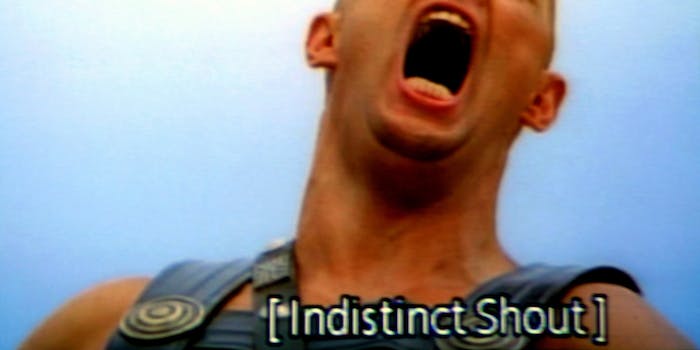 A fan-sourced movie subtitle site called UnderTexter.se has been shut down for violating copyright laws.

A fan-sourced movie subtitle site has been shut down by police and the copyright industry for violating copyright laws, reports Swedish news site FalkVinge.net.

UnderTexter.se was a popular Sweden-based site where fans could provide translations for movies, cartoons, and TV shows, sometimes within 24 hours of their release—whereas a studio might take up to six months or just not translate it into that fan’s language at all. Then, users could transpose the new translation over the movie or show and watch in their native language. Often, these fansubs, as they’re called, were more thorough translations than the official subtitles.

Site founder Rick Falkvinge wrote that this raid on UnderTexter is remarkable because it prosecutes work that is entirely fanmade. Falkvinge calls it a “war on sharing culture and knowledge.”

But because movie dialogue is copywritten, a translation, even a free one, is encrouching on the studio’s monopoly on the work. (In Sweden, the copyright industry can order police raids, according to Falkvinge.)

In an update on his site, Falkvinge said a Polish case sets the precedent that translating films just from hearing them is not a copyright violation, so it will be interesting to see how this Swedish case plays out.