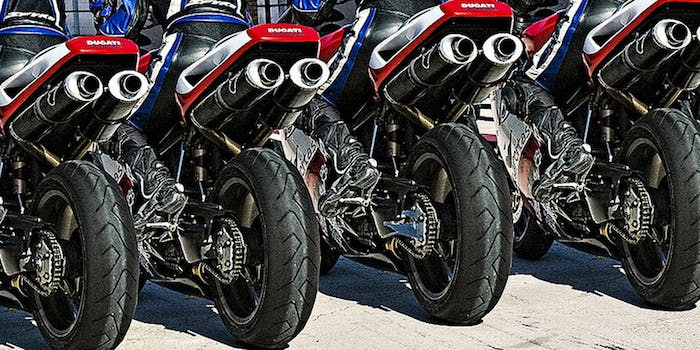 Sometimes you just come out on top.

Accidents caught on dash cams are never a pretty sight. But everything has an exception.

It’s rare to have a brush with death and land on your feet. It’s even more unlikely that you’ll look cool doing it. Most ridiculous of all is the hope of having the incident filmed and GIF’d for posterity. Yet here we are, transfixed by a motorcycle maneuver that puts Michael Bay to shame.

Try not to look at anything else today—you’ll just be disappointed.